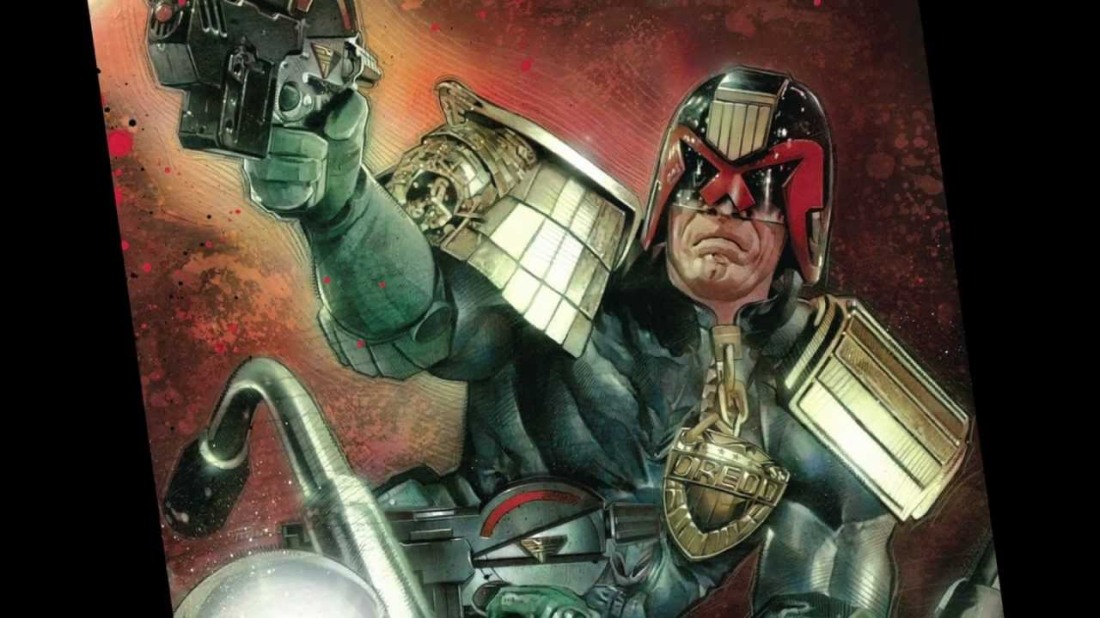 Well, cook this crow’s pancetta and stuff his ravioli! After years of waiting, he’s finally watched Dredd. How I missed this movie for so long is beyond me, but I’ve had it on the brain for some time.

Years ago, I watched the 1995 original, after apparently watching it some time around when it first came out (my memory box doesn’t go so far back), and the only ever did the one time after. After thinking the wounds would never, ever heal (despite my worries), when word got out that a new Judge Dredd movie had hit theatres, I was hopping around all mad to see it.

However, life and circumstance got in the way, and I never did. Up until yesterday.

And whoo, birds, do we have a lot to talk about!

CARRYING OUT THE SENTENCE

Dredd isn’t really that long of a movie, at first glance. However, the movie moves so well, that the nearly two-hour length of the movie flashes past in a jiffy.

It opens with an overview of Mega-City One, a scene of Judge Dredd mowing down some numpties, and an introduction to the drug Slow-Mo. A pretty good intro, all things considered.

Judge Dredd is introduced to a rookie Anderson, a powerful psychic who’s struggling with becoming a Judge. After being told to assess her, the two respond to a call from Control about some trouble over in the slum-block Peach Trees.

In Peach Trees, the crime-boss Ma Ma has had three rogue drug dealers brutally executed. As the Law later finds out, Ma Ma and her gang run the production of Slow-Mo in Mega-City One, and the fact that our heroes take in one of her aides (Kay) for interrogation rather than executing him, she is forced to seal off the slum until they are found and killed.

And that’s pretty much it to the plot.

Dredd plays it safe, in a way. It gives us a “slice of life”-style story from Dredd’s early days. This is what the guy does every day. Usually, movies (and even just stories) are based around the “once-in-a-while” sort of incident, but with Judge Dredd involved, things are different.

Now, I say early days because Anderson is clearly not a judge yet, and there seems to be no Psi Division, either.

The movie gives us snippets to establish a universe. Dredd is a very unique kind of origin story. While Dredd has already hit his stride (just look at how everyone reacts to him), the movie instead focuses on establishing the sort of world he lives in. Yes, Mega-City One is handwaved away with a few lines of dialogue, but the interactions between characters, the Easter egg-motifs presented on screen (Easter eggs to those in the know, expository to those who aren’t), and the way in which people treat others – they all come together to plant the seeds for a strong backdrop. 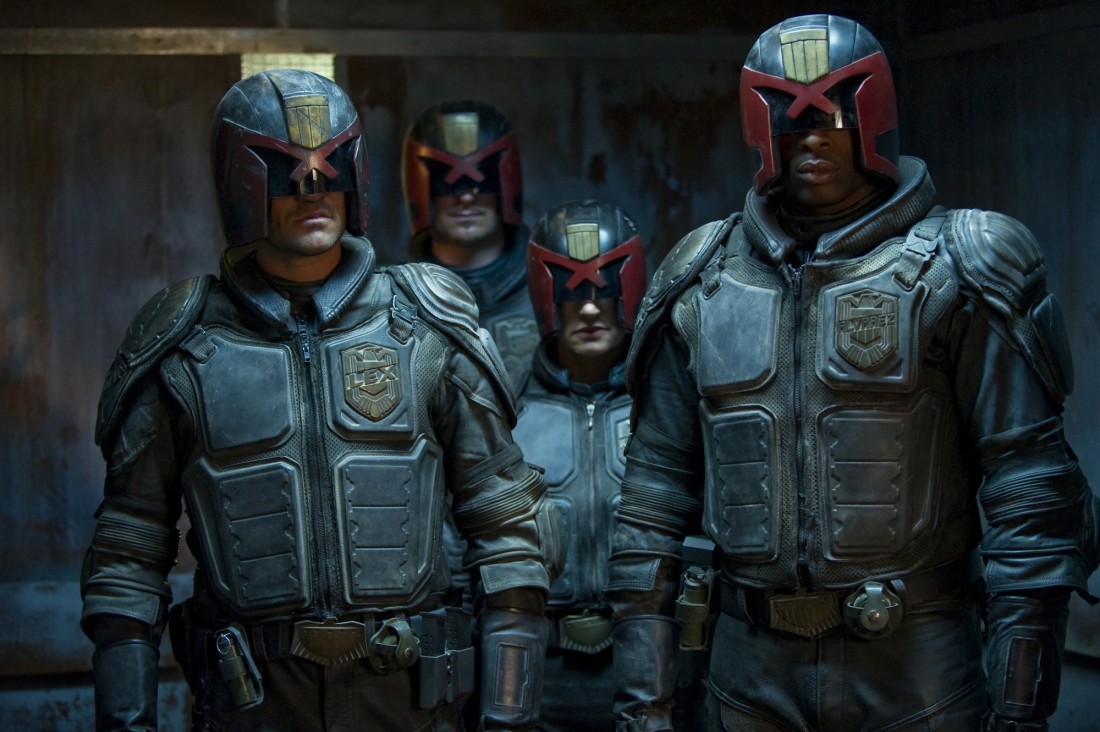 Ma Ma is crafted excellently, but Dredd points out that she’s really no different from what he has to deal with every other day. Domhall Gleeson’s unnamed character offers us the best insight into what everyday folks who’re good at things have to put up with on a daily basis. Anderson shows us how one’s humanity can be drained away by Mega-City One (although she retains her grip on it through to the very end).

The only gripe I have with the story is that it lacks the over-the-top satire of the 2000AD comics. I’ve not read many of them, but it stuck out quite a bit. I don’t really think it detracts from the movie much, though.

The movie’s drained of colour until Slow-Mo is in use. The scenes are pretty, and the scenes involving Anderson’s powers have a decent visual edge to them as well.

I wouldn’t say this movie’s CGI-heavy, because it’s not. It uses overlays and editing effects to its strengths when being flashy, while leaving the CGI elements humdrum. It’s a great way to blend things together.

I dont even think I spotted a single bad performance in the movie. Everyone performs their duties admirably.

So, to recap: the movie plays it safe. It plays it humdrum. It shows us a life in the day of Judge Dredd. That doesn’t make it amazing, but it makes for a solid start.

CRIMINALS AND THE LAW 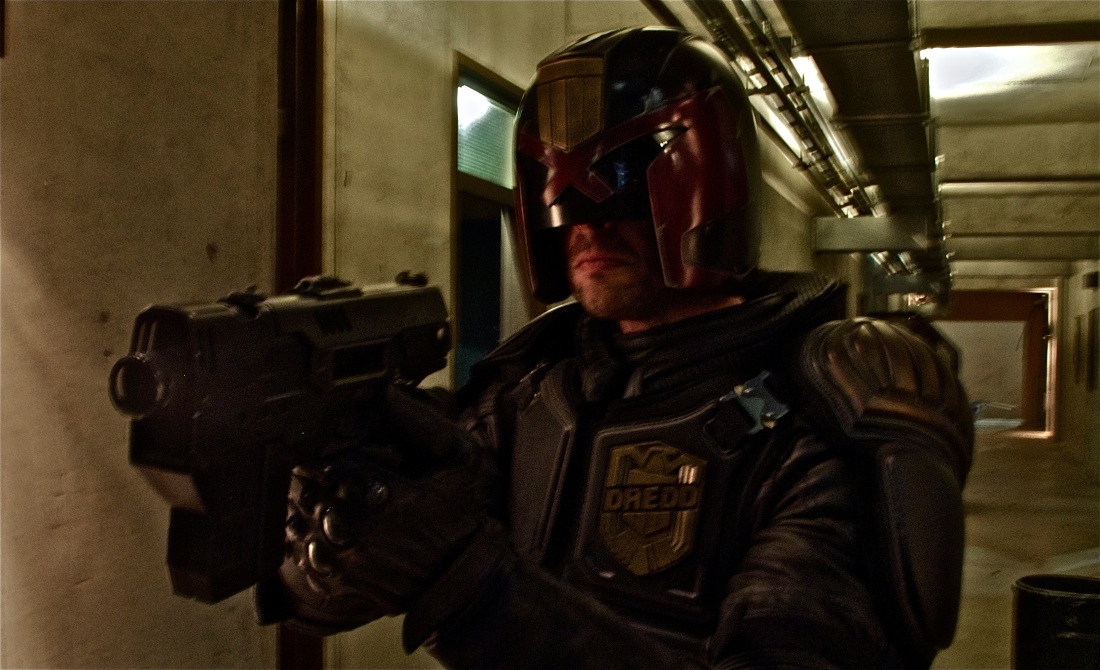 Urban plays an excellent Judge Dredd. He’s a hulking, brutal man. And unlike the Sylvester Stallone incarnation of the character, he never takes off his helmet. Sure, we don’t get to see his face, and that should distance him from us. But this is Judge Dredd. He has no face. He is the Law of Mega-City One. They really nailed the character in this movie.

Thirlby plays a very green Anderson, and she performs well. I can’t say I’m overly familiar with the ins-and-outs of Anderson’s character, so I’ll focus on what we have in the movie.

Anderson is the more relatable, human element of the movie. She is our window into the world of Dredd, and that’s why having her be a rookie works so well in the movie. Sure, Peach Trees matures her, and sure, she becomes an efficient sidekick by the end, but she resets when there is something to care about.

What a bad-ass villain. Her backstory is well spread out through the movie, and she is in utter control of things. Her brazen attitude to having Judges rampant in her slum is explained by the briefest glimpse at a smashed Judge’s helmet in her trophy cabinet.

She’s a cold bitch, this one. And what would you expect? Just think of her from Game of Thrones. Pretty much standard fare, as her characters go. 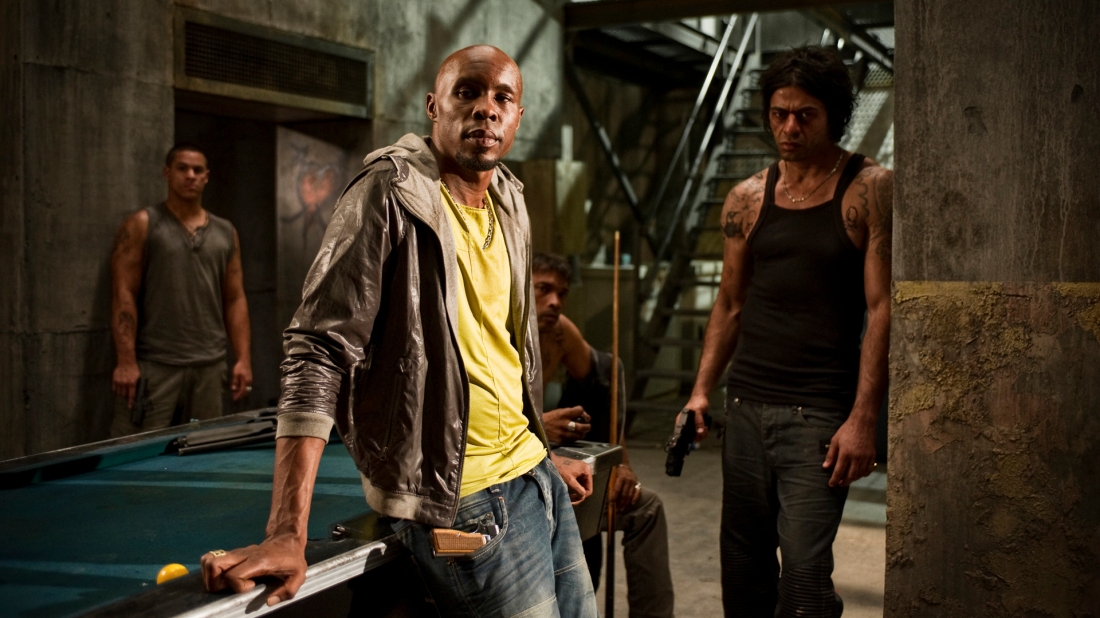 He’s basically your standard goon. And he’s only in the movie as long as he’s more valuable alive. That said, he’s integral to the plot, and becomes one of our main characters as the plot progresses.

Aw, the poor guy! I doubt anyone would want to be in his shoes at any point during the movie. Well played, though.

Since I couldn’t say I’m a huge fan of the franchise, I do respect it for what it is.

While writing out this section, I did a quick look up online about some bits of the movie I felt needed some more knowledge on my part before I could run with it. While everything I needed seems to be good, I came across this excellent post on the movie (at Judge Tutor Semple), which I wholly recommend you check out.

It’s a damn shame that a sequel looks so unlikely. This is a great cast in a good establishing movie. I could see this spawning an amazing franchise, as long as the creative leads keep the entries under tight control. Is it too much to ask for just the one more? Maybe, now with retrospect, a re-release of the movie would help. But hey, that’s all up to the studios.

It truly is a shame that I’ve already named my Top 10 Comic book Movies of All Time, because Dredd is a solid movie that might’ve taken a spot.

Who knows? With the huge amount of comic book movies due to hit theatres soon, I might revisit that post.