a (short) review by the Crow. 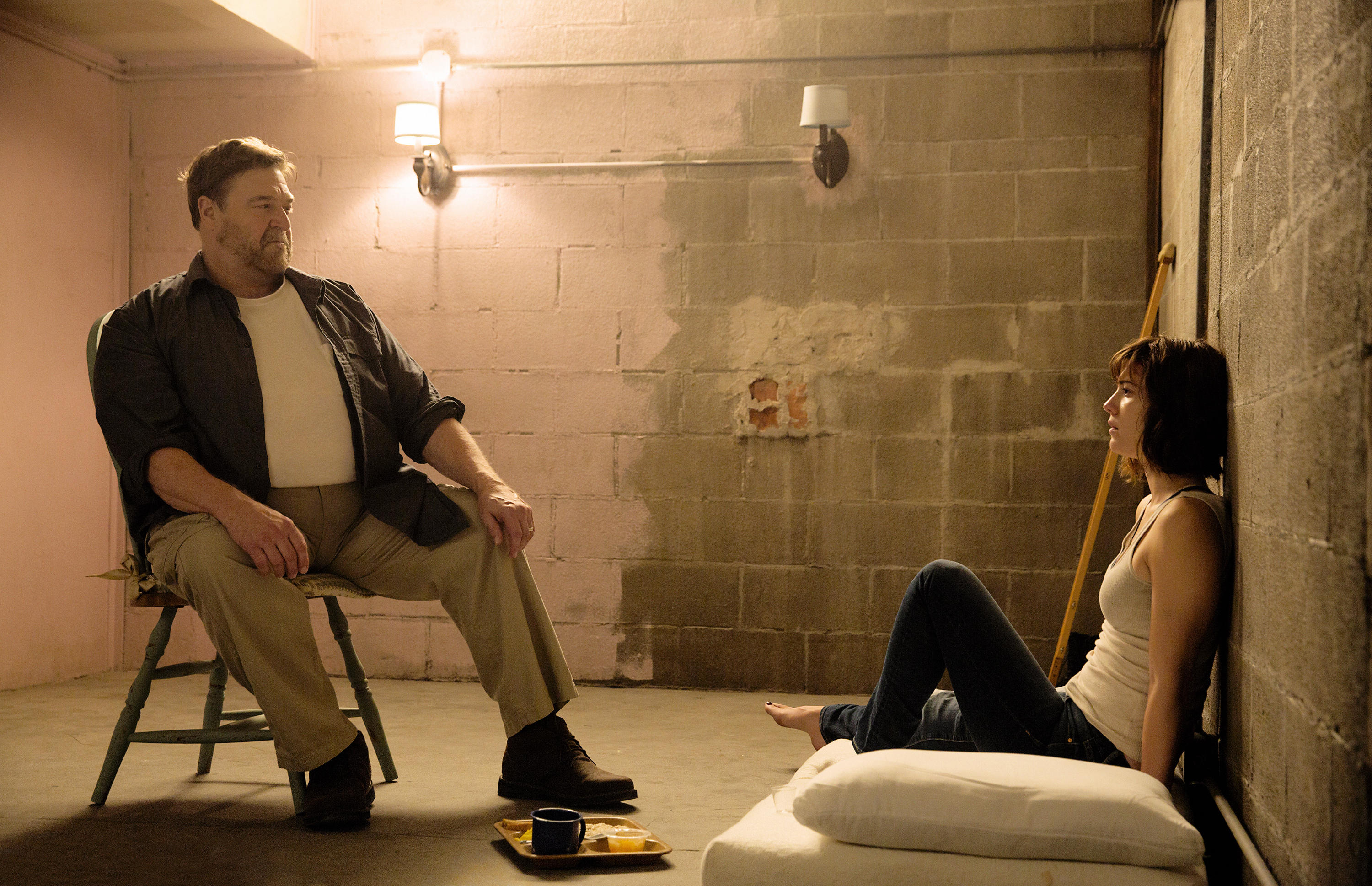 While I didn’t particularly hate it, I didn’t think much of 2008’s Cloverfield. Imagine my surprise — then — when I discovered the web of intrigue surrounding the fledgling franchise. There are layers to the Cloverfield experience, flavoured in six default Slusho!s and spreading over multiple forms of media. There are stories and mysteries surrounding missing persons, MNCs, and seabed’s nectar strewn all over the place for all who might be interested to find.

And it all resulted in “hype” for one largely middling movie.
The question — therefore — becomes: why?

Surely, those behind the Clover-“verse” ARG would have known that their efforts would essentially be in vain. I myself like the web of stories that the team(s) behind the ARG have spun up, and would be nothing but happy if they were to be connected to a larger, and better, product than the 2008 movie. And I’m sure the team had expected bigger and better things themselves.

Cue: this lull in activity on The Corvid Review.

Prior to my re-watch of MidSommar (which has been long-pending, now), I decided to — at long last — dip my toe back into the water and watch 10 Cloverfield Lane. And I was pleasantly surprised. 10 Cloverfield Lane is not by any means a special movie, but it’s a nice casual watch. The movie stars Mary Elizabeth Winstead as Michelle, a young woman on the run from a troubled relationship, who wakes up following a car accident in the cellar of one Howard Stambler (John Goodman).

She immeditely supposes she has been kidnapped, but is told that there has been “an attack”. The nature of the attack is unclear, but what is made clear is that this bunker is the only place safe from whatever has happened. They called him crazy, they called him strange, but Howard states with confidence that “Crazy is building the ark after the flood has already come.” He’s the fabled crazy man with a nuclear bunker, but this time, the crazy man is right.
Or is he?

The performances from all three leads are good (with John Gallagher Jr taking up the third spot as Emmett). The movie toys with the notion that Howard is indeed crazy, and that he has ulterior motives for the better part of the first third, and Michelle reacts accordingly, even though Emmett is sold. Following a startling revelation that something is truly wrong with the outside world, the story falls into the lull of routine: three people becoming comfortable with the prospect of spending the rest of their lives in a crazy man’s emergency bunker. But if that was all there was to the story, I wouldn’t have said it was a good watch, would I?

The movie flips the switch back on during the second act, and we are returned to suspecting Howard of foul play. This time — however — the foul play is not connected to whatever has happened to the outside world, and it’s here that the movie hides its greatest trick.

I was surprised to find that most people who had watched the movie suspected the character of Howard of foul play in regards to a certain young woman named Megan. While the movie fails to “pay off” the story arc, in my eyes, I’m quite confident that Howard is not the man responsible for what happened to her. And it’s this lack of “pay off” that plagues the movie.

Under different circumstances, this movie could have made for a great study on characters. All three (or four) of our characters are shrouded in some degree of mystery, and they could have been played against one another to create a good thriller, but the movie suffers from rounded conclusions that seem forced into square pegs without even the littlest semblance of apology. 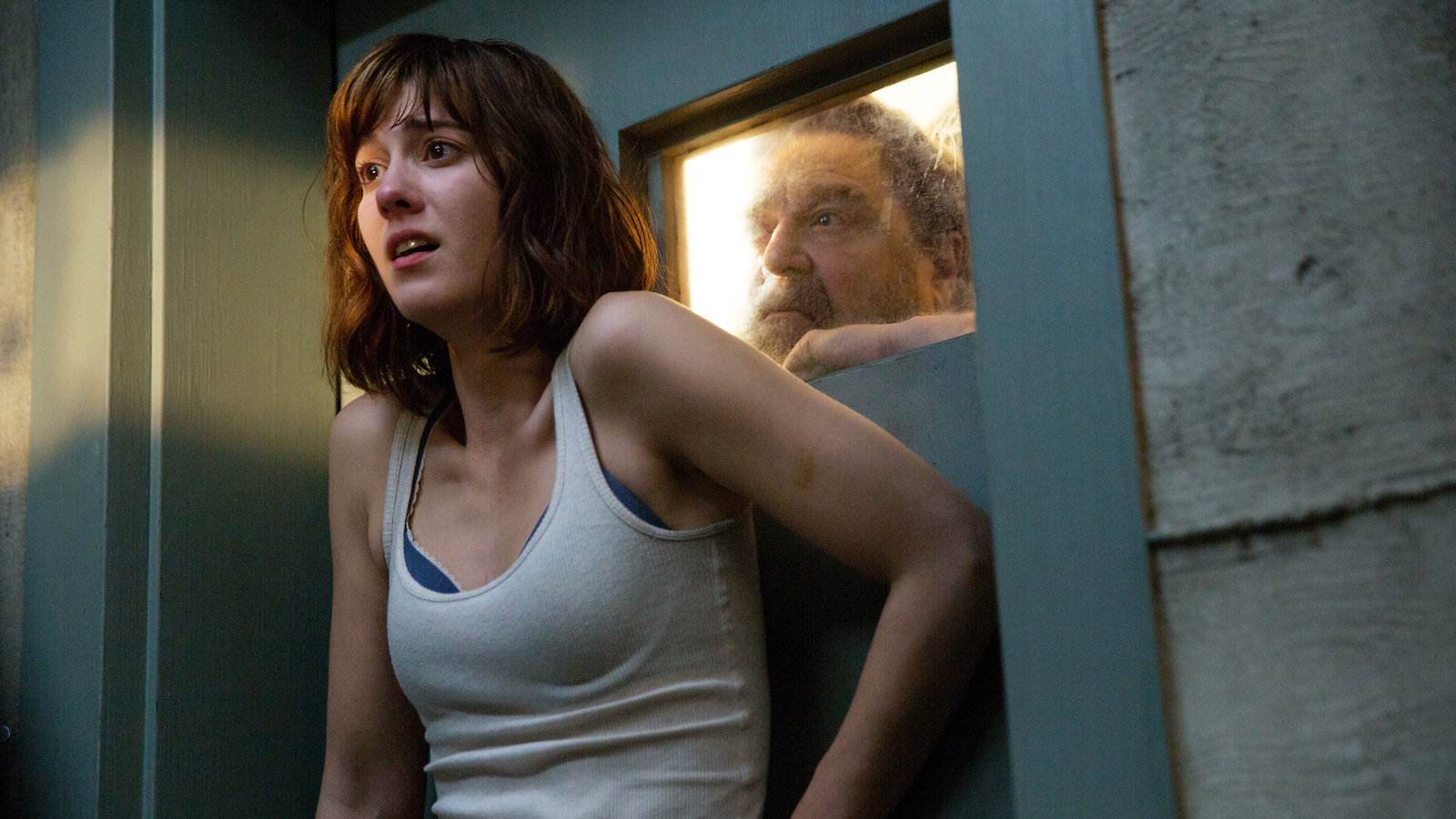 This would have all been best left in The Cellar.

And that’s what the problem is. The movie which became 10 Cloverfield Lane was originally meant to be a production known as The Cellar, which I can see would have been good. However, at some point, the movie was brought into the greater realm of the Cloverfield franchise, and the movie suffers for it by a good measure. The ending fifteen or so minutes feel so forced that the movie feels soulless by association. What could have been a sombre work of drama becomes a haphazard SF/horror B-movie, and it’s largely dissapointing.

The final few sequences of the movie even make the moments which led up to them quite poorer by comparison, and it’s made clear that there was the potential for a great movie in all of this — one that got lost in the rush to turn this into a franchise entry.

A shame, but it’s a shame with a good lead-in and second act. One thought on “ Review: 10 Cloverfield Lane [2016]; Ruination, Viewed Through a Cellar Door ”