I have a confession to make. I always resisted the urge to read the spoilers that were uploaded a few months ago about season 8 of Game of Thrones. But the more I got into my regular posts, the more Di kept telling me about what was going to happen next. And she was always right. So I read up on them (the spoilers) just before this episode aired.

I have to give it to the spoiler people. They were right (let’s say 90%). And you know what? They ought to be fired as well.

But before I get too far into that,

Let’s all pull on our summer clothes and take a look at:

I’ve complained so much about Game of Thrones for the last few weeks, but this was actually a really good episode to tie things up. This season hasn’t been the best we’ve seen, and we could even say it’s the worst Game of Thrones season ever, but The Iron Throne is one of the best ways to tie up the let-down that season 8 has been. Let’s all face it, season 8’s been rushed too much. If they’d taken their time (and not killed the White Walkers so early!), this could have been a much better season. Episodes 1 and 2 were okay, 3 was a big mess (even though I liked parts of it), 4 was better than okay, 5 was a messy one, and because of all of that, this had a lot to pick up.

And it did. Even though I was spoiled for the whole thing, I actually didn’t mind it when I saw it. This whole season’s been a mess, and this wasn’t a bad episode, even though the rest of the season’s been tearing itself off the rails at every chance it gets. What I’m saying is that this episode does the best it can with what it has. With all the things that have happened so far, I think this is the best ending we could’ve had this week (even though the Jon Snow thing still doesn’t make so much sense to me). Drogon’s a good boy, but I need to know how long he was just hanging out in the snow and crumble to hide himself like he did. The devoted boy loves his mum, and I think most people can relate to that.

I love what happened with the Iron Throne, and ever since I read about it, I thought I would be disappointed by the scene, but it’s perfect.

Sansa and Bran are cool in this episode, and Arya’s just there (with some other people we know). Tyrion, Dany and Ser Davos are the three standout characters from the episode (and we get a special appearance too!). Emilia Clarke acts the best acting she’s acted for a while and Ser Davos is the best scoldy person on the scene every time he shows up. But Tyrion… Tyrion steals the show for his own “Impy self” (you can tell the Magpie’s been influencing me). 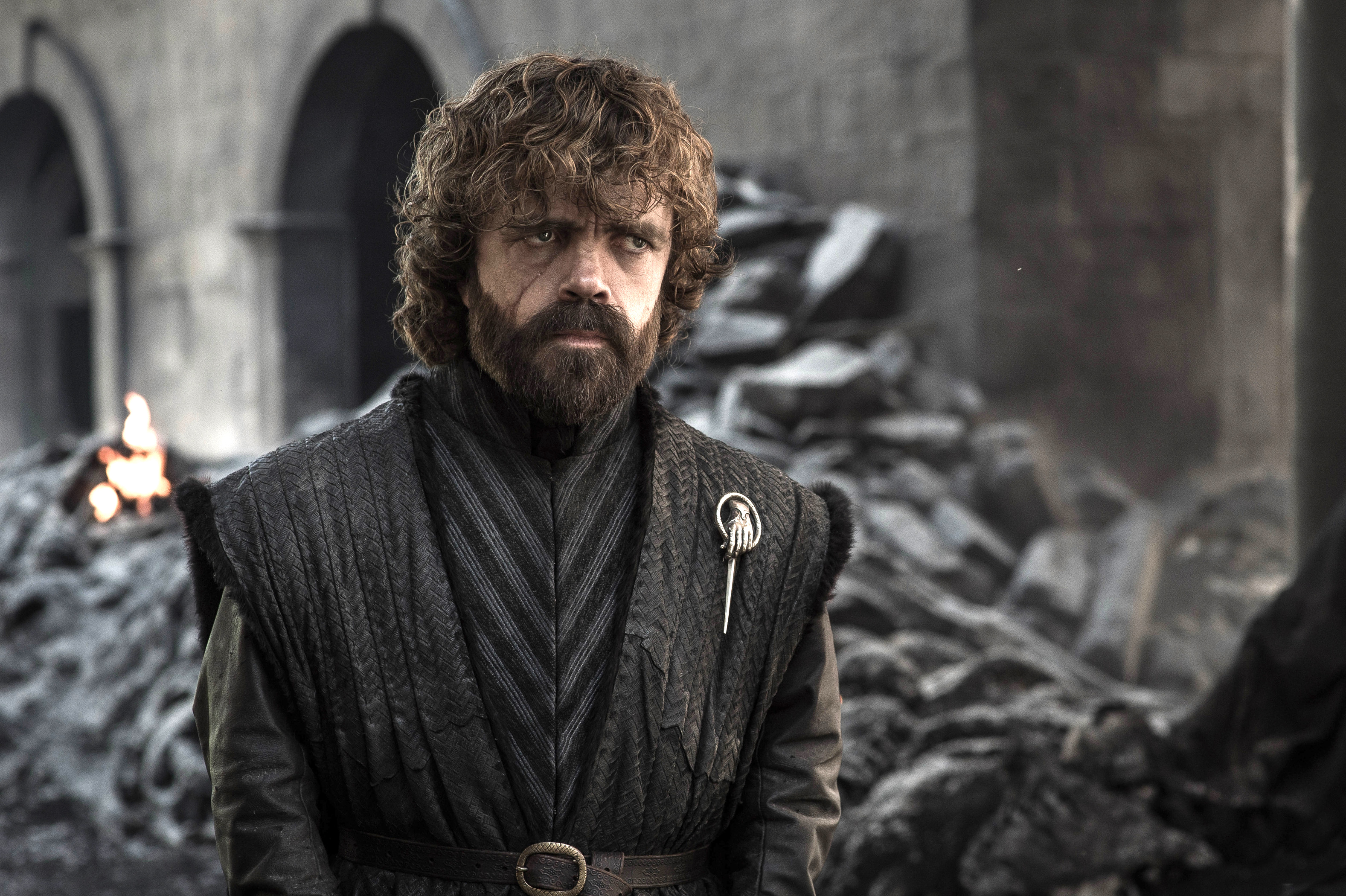 As dumb as he’s been in the recent episodes, Tyrion is the best thing about the show right at the end. I don’t believe he loved Dany like Jon does even though I saw his face during the “boat scene” like everyone did (I refuse to believe it). But he knows how to do the right thing. I said last week that Varys didn’t deserve to go out like he did, and I was right. Tyrion agrees as well, even though he’s devoted to his queen, because of duty, not love, and then he just throws his pin down on the steps.

He’s the hero we deserve, and the one we asked for. And he’s the villain, too! He gets what he deserves in the end, and I don’t think we could’ve seen anything else happen to him. The last time he betrayed Dany was the last time. I’d chink drinks with him if I had the chance. This guy gets it. He knows how to play the Game of Thrones. He’s the last living Lannister, and he paid his debts. (And talking about Lannisters… how come Jaime and Cersei are still in one piece?)

I’m not happy with the way Game of Thrones season 8 went, but I’m alright with this episode. This could have been so much better if they’d taken their time and given us more scenes of the people talking than the big fights and dragon warfare (not sponsored!).

Game of Thrones is over now, and I am let down. I wanted the NK to be a bigger deal than the people and their stupid horned chair, but he wasn’t. I wanted a better Cleganebowl. I wanted Arya to say Dany’s name and take Jorah’s face. I wanted all three dragons at the end. I wanted so, so much. And all I got from what I wanted was Tyrion. I’ll take it, and I’m not paying attention to any petitions about redoing Game of Thrones season 8. It’s done now and there’s no use complaining about it.

I said I’d get back to the thing about the spoilers, but I’m with the Crow and the A-W Magpie because we all think that people who’ve read spoilers they don’t like have no right to complain when the spoilers turn out to be true. It’s a terrible season without a doubt, but at least it’s ended in a way that I can be alright with. Game of Thrones had its time in the long night, and now it’s watch has ended.

I’ll be back with Stranger Things 3 next time around (and maybe one more surprise post). Until then…