a review by the Spotted Nutcracker.
(shoutout to the Crow and the Azure-Winged Magpie for all their help with the writing!)

That was a lot of episode. Let’s all pull on our winter clothes and take a look at:

I didn’t exactly keep it secret that I was let down by last week’s episode, and even though I gave it high marks (because I did like the episode as a one off), it really was a big let down. I thought that the fight between the living and the dead was going to be the big series finale, and it was over quicker than it took the Magpie and myself to get our takeaway (hey! A free pizza!). This week, we got the whole corvid family together (even the Crow!) and gave the episode a combo watch because the entire world of Game of Thrones got turned upside down in the last one.

The big finale’s going to be Cersei (Lena Headey) v the world (everyone). That’s something I think is a bit of a letdown considering the whole show started with the dead coming, but hey! It’s what we’ve got to work with. And we all know that Cersei is a stone-cold [BLEEP], so this had to be a good episode for the series to make up for getting rid of the dead (Dave…?) so early.

And… it doesn’t really do that. A big chunk of the episode is just the wind down from the battle for the Long Night. People are mourning, cremating, celebrating, Arya’s the HERO, Gendry becomes Lord Baratheon of Storm’s End, Tormund gets his heart broken by the big woman, Tryion gets smashed, and Khaleesi gets even more doolally in the head. And it’s all pretty good. Ser Brienne loses her virginity to the Kingslayer (so cute!) and I loved their two-night stand. It was so cute and a long time coming. That last scene with Brienne was heart-breaking (more than Tormund felt) and I won’t complain if that’s the last we’ve seen of her. That’s the kind of downer ending I wanted for everyone. Also… can we all spare a thought or Gendry? That poor chump got dumped quicker than a sack full of bricks (still shipping Arya x Gendry though).

There were a few major takeaways (like our free pizza) from the episode.
I’m going to go over them one by one.

First things first… Dany’s lost it. We all knew it was coming and this episode’s where she hits the tipping point, I think. She thinks Jon’s betrayed her (he kind of does), loses another dragon, gets shown up by Euron’s tactics and has to watch Missandei die (I thought it was going to be Grey Worm, not going to lie). Times are tough for our Khaleesi, and Varys (Conleth Hill) says what so many of us have been thinking for the last few years with one look. If (if) she loses it… the Khaleesi has to go, for the greater good (yarp!).

Secondly… Cersei hasn’t changed even a bit. And you know what? I think the captain and I are the only two people in the world who actually ‘like’ her. The Crow doesn’t know her too well, but I’ve always thought that Cersei is one of the most consistent characters on the show. She’s the opposite of most of the characters because she does exactly what we expect she’s going to do. She’s not in too many scenes, but she bosses each of the ones she is in. Somewhere, some place else, Yara’s retaken the Iron Islands, but her trump card Euron doesn’t care. He destroys a big chunk of the Khaleesi’s fleet and kills Rhaegal just for fun, with that same crazy smile on his face. These two are dangerous. Forget dragons… the Kraken is coming. And before I go any further, the captain wants to have a few words…

The Crow: My major issue with last week’s episode of Game of Thrones was that whoever put together the plan for defending the castle should be fired and thereafter subjected to fate as dire as the Procession of Shame. Very few of the battle tactics (or tactics of any form) made sense; and while I’ve bored everyone I know with how the castle could’ve been defended far better — with a significant effect on the loss of life — I must point them out again. It’s clear that the group from the North has no idea about planning. If they intend to simply walk into their enemy’s territory with no sense of trepidation: this is what results.

An absolute shambles, all-round. Someone get these so-called “advisers” a few books.

The Spotted Nutcraker: Thirdly, things get so much worse when the secret about who Jon really is becomes the talk of pretty much everyone who’s important in Khaleesi’s court (is it a court?). I’ve always like Varys, and he’s right about everything. I’m putting Tyrion being nothing more than a fan boy down to how he’s off his face all the time. 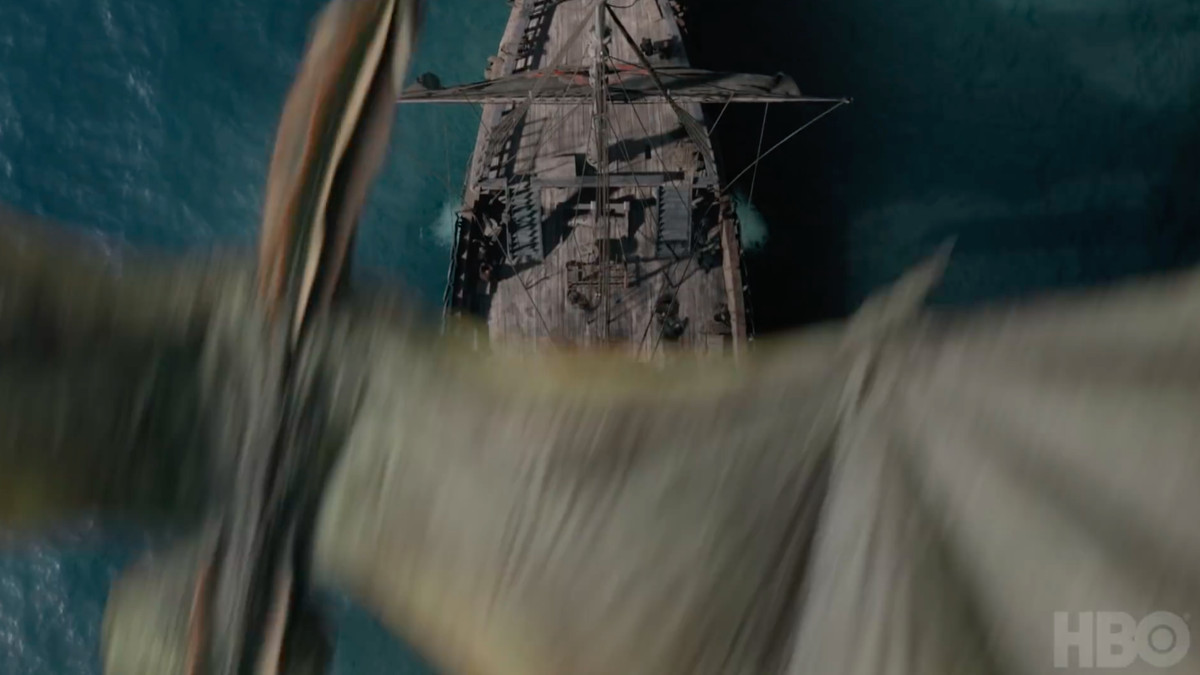 I think it’s going to happen. I don’t know if Jon’s going to be the one to do it or someone else, but Dany’s a goner. If SHE ends up sitting on the iron throne, it’s going to be after she’s destroyed everything (because she’s the mad queen) and has no one to rule over. I could see that being a possible one of the downer endings we were told about, but I don’t think it’s what’s going to happen. By now I’m sure that Arya can kill anything, so maybe she’s the one who’s going to solve Clegreywormanebowl and any other big thing that’s supposed to happen with the Hound at her side.

Fourthly: I think Sansa’s way too important to be left behind as the Lady of Winterfell. I do think that she’s going to come back in a big way, and that Bran’s got one more trick up his three-eyed sleeve. Just like Bronn, breaker of noses (see what we did there?).

And finally, here’s a theory (just a theory!): what if the downer ending’s Cersei staying on the iron throne and just keeping the incest line going? I really thought GoT was following Nordic myths, but I know I’m wrong now (by 90%). She does have the stronger army, and I’m coming around to the fact that Team Khaleesi has no clue what it’s doing. Maybe the future is all Lions with pet Krakens. Maybe Jaime’s not going back to kill Cersei but set up a new generation of Lannisters?!

This was a good episode by itself, but I’ll admit it. Game of Thrones has gotten much dumber these days. It’s not as bad as what happened in Lost, but what’s going on is not how I thought this series would end up going. There’s some good things happening here, but it’s just not enough. I was so excited for this season when I heard there were only going to be six episodes, but now I know they needed more. I’ll let the Magpie talk about some of the smaller highlights of the episode:

I liked this one. That’s all. Time for bed!

We’ve got only two episodes left to go. I have a sneaky feeling that whatever was supposed to happen during the Long Night isn’t entirely out of the way yet, but I’ve got nothing to go on. Its just too big to ignore so quickly. I really, really hope that this series doesn’t go out with a simple team v team ending. We already had that in Endgame, and everything else that ever existed.

If this is it, this is it. I’m still done with the show like I used to be now that the big threat is done, but it’s just two more episodes. Let’s see how this series ends. It’s been a long watch, and our watch isn’t ended yet.