a review (…?) by the Spotted Nutcracker.

First up, I have something to clear up. There was supposed to be an Avengers: Endgame megapost going up yesterday, but I haven’t written anything for it and neither has the Azure Magpie (she’s down sick again). It’ll be up soon, but in the meantime you can read our spoiler free review.

But right now, it’s hard for me to care. I’ve spent over twelve hours trying to get my brain together over what just happened. So let’s pull on our winter clothes and talk about…

What the hell just happened in this episode?!

The Long Night is the latest Game of Thrones episode and it changes everything. I don’t even want to write anything here because I want to tell you that it’s going to get the best recommendation I can give. I want you to go and watch it for yourself. But that’s also one of the problems here. This episode is actually hard to see. It’s really dark and when I first watched it, I might’ve been a little too drunk. But even when I watched it on the rerun (with the sun up), it was still hard to see. And I have a very nice TV thank you very much. It’s like Melisandre (Carice van Houten) said: “The night is dark and full of terrors”.

(And that’s not the only thing she says in this episode.)

The episode begins very ominous and it only gets worse from there. I think this is only the second episode in the series so far to be set only in Winterfell. Everyone’s ready for the big fight against the White Walkers (the captain calls them Dave for some reason). And the first line in the episode says everything: this episode did take its time.

The whole episode is the big fight. This is it. This is the living v the dead. And everyone’s here. And I wasn’t ready for what happened in it. I’m left asking questions. What’s next? Where does this world go from here? How come this wasn’t the ending of the whole series? I really thought that the whole of Game of Thrones would end with this fight, but that’s not what I got.

A lot of people go bye bye in this episode like I thought they would, but I’m happy I got to see repeat offender Beric’s healthy right eye beneath his eyepatch in that one shot. We get some epic fights and deaths but I’m still not over what the hell the consequences of this episode are going to be. And by the way… can we all agree that Lyanna Mormont (Bella Ramsey) is one of the most epic characters to ever show up on a TV series ever?! I want a whole TV show about her and want to squeeze her cheeks both at the same time.

Arya kicks some royal butt and the bloody Hound gets some nice fight time. There’s the first dragon v dragon scene ever and… you really have to see this for yourselves. I can’t get over what this means but I’m a little disappointed. It’s not because I was wrong, but because I thought the whole series had built up to this point. The weirdest thing is that I might be disappointed, but I also think that this is the best damn thing I’ve ever seen.

This is it. I don’t think TV can get better. The episode is directed by the same guy who directed The Battle of the Bastards and that used to be the best thing on TV, but The Long Night does it better. Game of Thrones has been there, done that, got the tee shirt and now it signs that damn tee shirt. 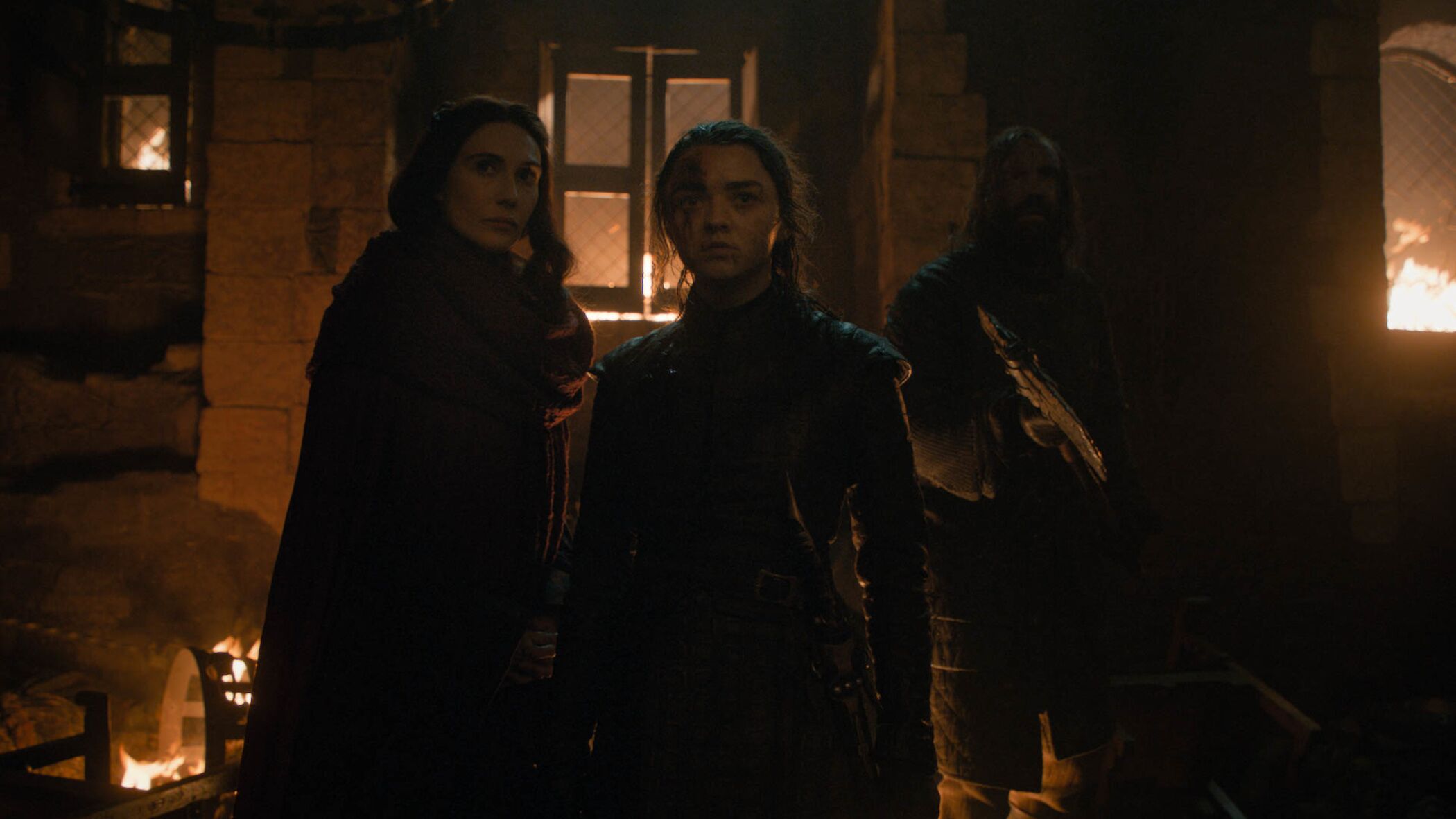 Just watch it for yourselves. This episode comes with all the recommendations we can have on the The Corvid Review, and I can’t say any more without losing my mind. I have no idea where the show is going from here but whatever comes next had better be awesome.

They’ve given themselves a lot to live up to, and they’d better give what’s happening next all they’ve got, otherwise this is where the show ends for me. I can die happy knowing that winter came, and got it’s butt kicked because it just wasn’t the right day.

Apart from that… I’ll see you in the next one!