Review: Star Trek VI: The Undiscovered Country [1991]; (Not In The Original Klingon)

a review by the Azure-Winged Magpie.
(a bonus is at the end)!

Oh yes! I’m proper BACK!
(But I still have some bugs in my health files so I’ll make this a quick one)!

Let’s do the swoop swoop!

So… it’s been a while. The midterm break for Star Trek Month lasted wayyy longer than I wanted it to. It’s been 17 days since I posted my review for The Final Frontier (yuck)! and hoo boy! We don’t really have that much time left in February! We have eleven days to go and six films to get through by then! Aaa!

And to make things better… the Crow’s off working on his project and left me the posts he’s doing. So it’s not like I’m getting an assist… waitaminuteno! I dragged the Cap’n back so that he can write a review for some of my films too! I know he’s like tummy deep in work but I’m cashing in the favour he owes me for all the help I gave him when he was starting out with our “secret project“!

And y’know what? I’m not wasting any time.

Star Trek VI:
NOT in the Original Klingon

Right! So! This is more like it! It’s talky-Trek! And… damn!

So Praxis (one of the bigger moons round Qo’nos) has done gone blowed up. And this BAD. See… their whole ecosystem’s gone all magic mushroom on them and they got no choice but to save their “honour” by making aggressive peace with the UFP. And this goes and means that the Enterprise-A (USS NCC 1701-A Enterprise) has to go meet Chancellor Gorkon (David Warner) and start the whole peace dance.

And this doesn’t really make Cap’n Kirk (Will Iam Shat Ner!) all that happy. He’s still mad over the whole “THEY ONLY KILLED HIS ONLY SON” thing and thinks it’d be better if the Klingons would just [BLEEP]in DIE ALREADY!

…great choice of ambassador there Starfleet. Bang on. Just send Sulu (George “Oh My!” Takei) over first? He’s on the USS Excelsior and kinda was the closest to Praxis when it got blowed up. And we ALL know he could charm the pants off a Tellarite (like Harry Mudd!) with just one “Oh My“. Klingons aint no big deal to him. But NO! Starfleet’s headed up by dodoheads.

Anyway… everyone has a big ol’ family style meal and talk about Shakespeare (who’s best read in the “original Klingon” I knew something was up with old Bill! ) and peace and get along jus‘ fine! And then! THE PLOT THICKENS!

The story from here on out’s a really fun whodunnit?! with lots of political stuff and points where you just go: “damn this is tense!” all through. And y’know what?! The plot kept me guessing (I’d never seen this one up until I watched it for this review a few weeks ago) WHO “it” was until this one scene sets onto a character’s face. Had me fooled straight-up, and these films are usually easy to figure out.

Along with “the crew” we get some new characters like Valeris (Sex and the City‘s Kim Cattrall) who takes over from Spock-doer Saavik as the new Spock (Leonard Nimoy) number two and a buncha Klingons headed up by General Chang (Christopher Plummer, who the Crow’s gonna pay a very special visit to soon). Even Worf (Michael Dorn ❤!) shows up (as Worf’s grampa or uncle or something)! And we even got Iman playing Martia in what’s prolly the film’s weakest area (before she was married to Dave Bowie and all!).

And y’know what? This film has the best new characters out of most of the Star Trek films put together! I like Saavik. I like Carol and David. But I like the characters this film put into the canon the most! Chang is a total badass and is the best villain the series got since KHAAAN! And he might even be better (though I have to be careful saying that around our “friendly” local Augments…) I think this film might have the best new characters PERIOD. I don’t think any other film has introduced characters who’re as epic as the ones in this film. They just come in and light the screen up!

There’s a huge load of tension and even though the ending’s a bit… meh after all the tension and buildup we’ve sat through, The Undiscovered Country‘s one of the best Star Trek films. I just like how this spun things right back into what we like about Star Trek: sitting around and talking things out and only getting into the boom boom bang bang when they really really really have to.

I’m not going to list out all the crew and what they’re upto since I realised that I spend wayyy too long talking about how MORE UHURA (Nichelle Nichols) IS A GOOD THING, but everyone gets something to do here. 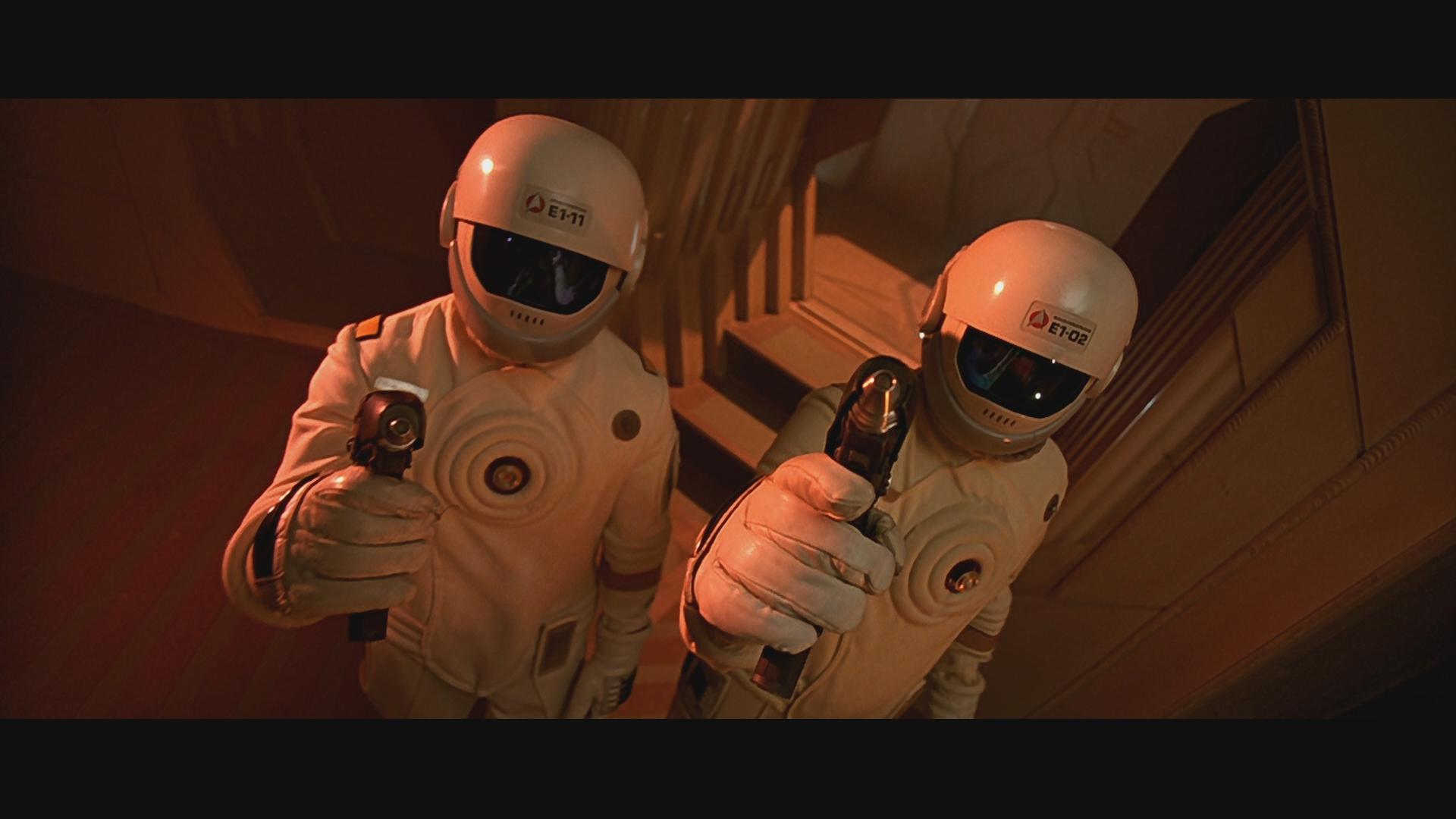 This is classic Trek and it was so much fun to sit through! I didn’t like the Rura Penthe bit and thought that the whole thing could’ve been done better, but it doesn’t really make the film bad at all. There’s wisecracking. There’s action. Some of the CGI is a bit okay but not okay but [BLEEP] that! We’re here for the political tensions and the whodunnit!

I choose Chang as bae for this film and even though we get the happiest ending we could ever get… damn this is a great swansong for the “TOS” cast. It’s a good thing they got Nicholas Meyer (dir. TWoK) back. This guy’s good news for Star Trek. Maybe if Discovery had more of him they could iron out all those problems they keep having. So far he’s had something to do with all the really good Star Trek films apart from TSfS.

But you lot have to know that by the time this film was made (and the one before it), TNG was already on the air. And both of us think that Star Trek really hit its peak in the 90s. This film was meant to be an ending. And it’s a good ending. One of the best endings to shut the book on one of the greatest ensemble casts ever in TV or film.

I’m highly recommending The Undiscovered Country to Star Trek fans but only recommending it to people who just like watching films. If you don’t know the lore of Star Trek… this film can be a bit confusing. It’s for the fans because of how important it is. It’s the end of an era (for everyone but two people who we’ll get around to). And before I finish off this review… let me remind you:

See you next time!

These two lovely women took the stage some time ago but I only found it today!