a (rather stream-of-consciousness) review by the Crow.
(Apologies for the delay.)

Critique is so limiting and emotionally draining.
No. That wasn’t just me quoting the movie. This is quite an… odd task that faces me. As I type (and it has been six days since), I’ve watched Velvet Buzzsaw three times; and yet, I find myself still having trouble with starting this review. I’ve already assigned the movie a rating, and know what I think of it as a movie, but find myself wanting to talk about a number of other things along the way. To what point I want to talk about these things, I don’t yet know. In light of that, allow me to head straight in to:

Like everyone else, it was in early January that I first saw promotional material for Velvet Buzzsaw. At that first sight, I was rather taken by the tone that the trailers set. Helmed by Dan Gilroy, and primarily starring Jake Gyllenhall — the two men whose names were most prominent in 2017’s Nightcrawler — the trailer showed me a movie that I felt might speak to me, personally. 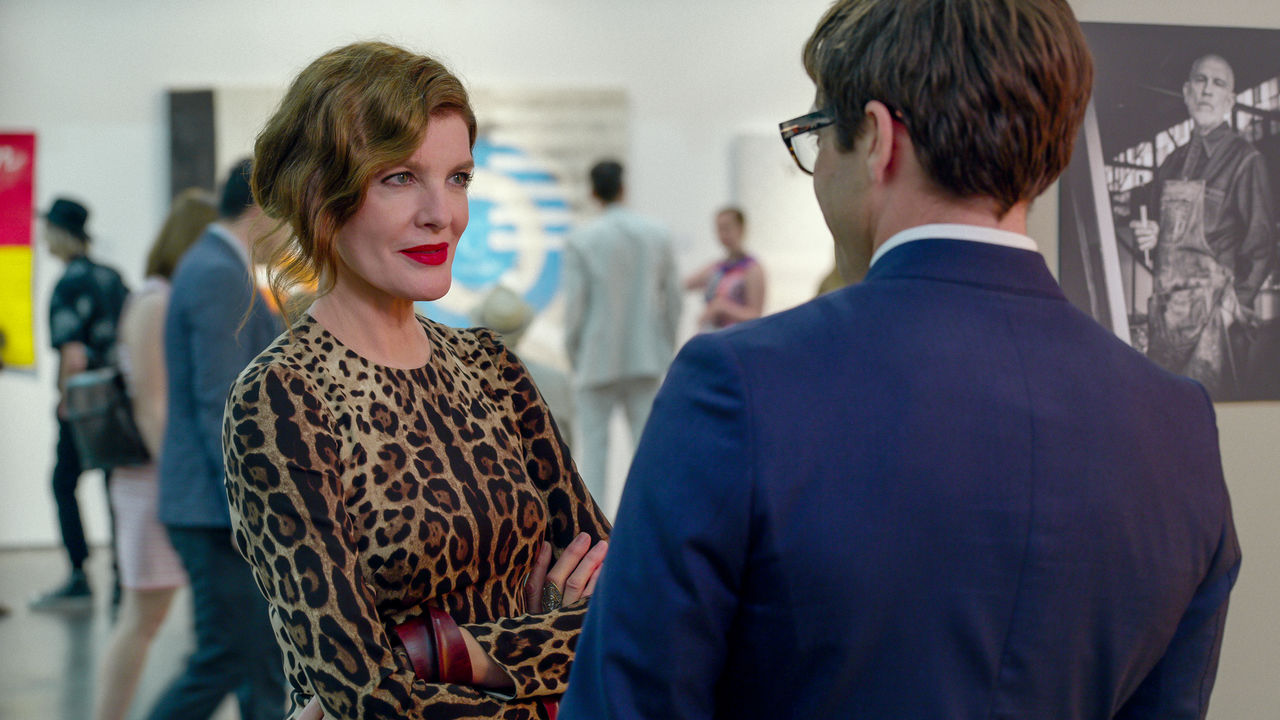 In the movie, we follow Morf Vandewalt (Jake Gyllenhaal) and Josephina (Zawe Ashton) as they navigate the world of (contemporary American) fine art and come into contact with a collection of paintings that has a connection to “some” otherworldly presence. To get the little things out of the way first: Zawe Ashton’s performance is… terrible. From the second she comes onto the screen the scenes leading up to her final “frame”, her performance is marked by over-acting and a number of strange faces. I’m not familiar with Ms Ashton’s other work, but this brief showcase does little to interest me in anything else she’s been in. On the other hand, Jake Gyllenhaal is — as always — a delight, but is working off a script that seems to leave his character in the cold far too often. Capping off the trinity of our main characters is one Rhodorah (Rene Russo), who perhaps gets the best mix of screen time and script out of the three. Ashton’s in the movie far too much, Gyllenhaal too little, but Rhodorah strikes a balance.

Toni Collette (of Hereditary fame) is here, playing Gretchen, as is Stranger Things‘ Natalia Dyer (as Coco), and both are wasted. Coco is a small role, marked by three moments, whereas Gretchen — powered adequately by Ms Collette’s ability — seems vastly underused. She shares some good lines with the screen, but disappears into a hole (rather literally) and doesn’t come back out. Daveed Diggs plays Damrish, and he’s barely a presence — which is not something I take issue with. I think he’s one of the few characters in the movie who has a definitive beginning, middle, and end. The same counts for Bryson (Billy Magnussen) and Piers (John Malkovich; big name, nothing role). And the less said about Jon Dondon (Tom Sturridge), the better. They’re all… alright. But I have nothing to say about them. What a shame.

The movie tries to be a parody of the modern art world, as well as modern art, but fails miserably at the latter. It resorts to cheap shots and tired jokes to make it’s few points — which are weak to begin with — and it’s have been for the better if those moments had been left out or at least limited to Dondon’s contemplation of rubbish. That moment was so groan-inducing all on its own that the movie couldn’t have made its point any clearer. 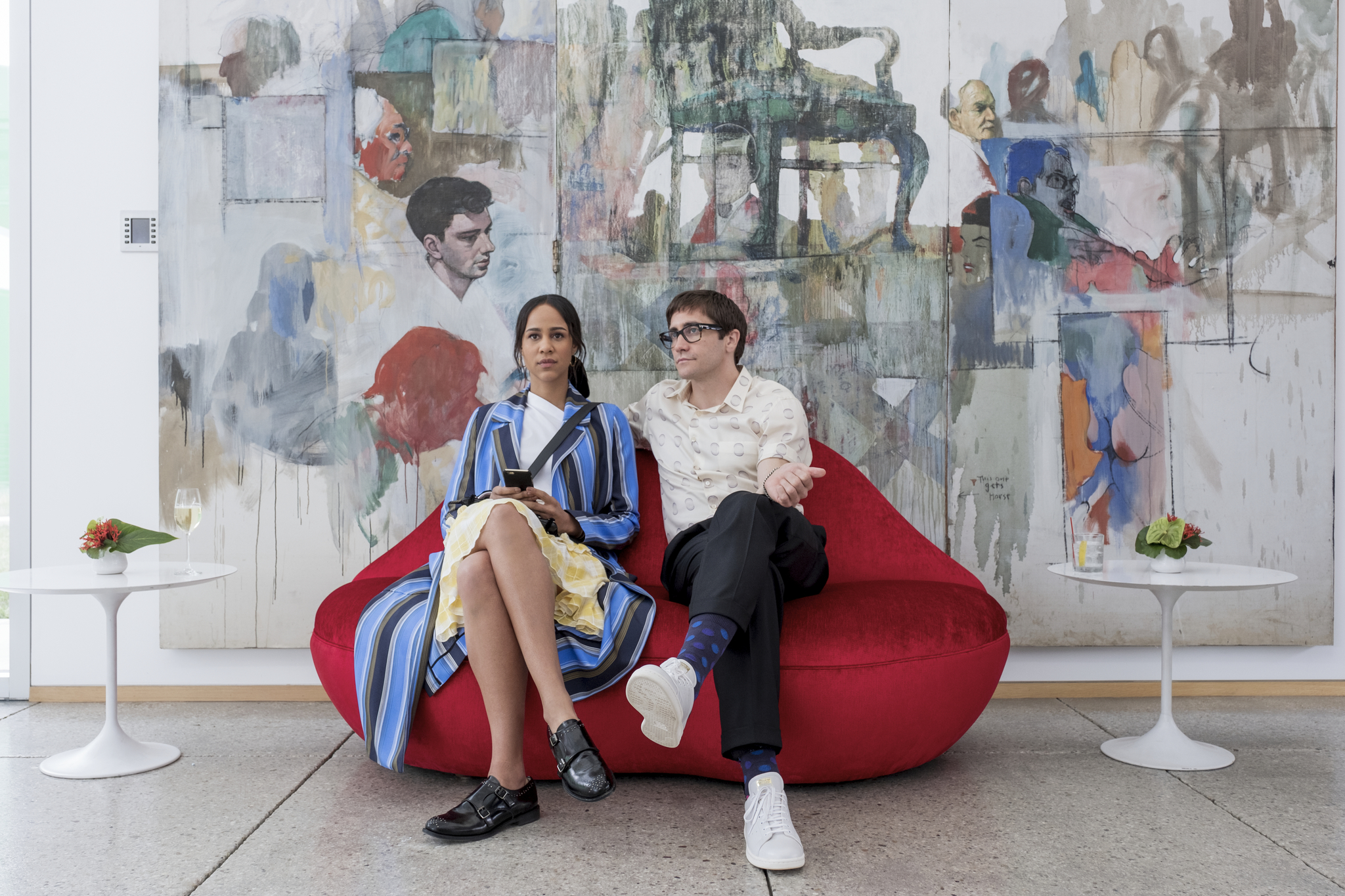 At the former, the movie succeeds, but movies talking about the brass-tacks side of any industry have done far better. We’re no longer talking about art. We’re dealing with business — only with some pretention thrown in.

Of course, I would’ve liked to launch into a little point about the varying levels of “pretention” to be found in the world of art (one level of which I have fiercely defended before), but I’d rather this review not turn into an essay. Instead, let me strike the heart of what Velvet Buzzsaw‘s most crippling issue is:

It’s a movie that tries to say a lot, but ends up saying only a whisper.

While there are things happening in the movie, while there is a plot that begins to form — the movie ends up doing nothing with them. It sets up its own beginning, middle, and end, and disappears into its end credits without leaving any stains behind: much like the very “art” it attempts to parody. The movie answers none of its own questions and doesn’t even connect its own dots. Trying to piece out a central plot to this movie can be quite a frustrating task, given that the idea at its heart is an interesting one. We learn some things about Dease — the artist whose works drive the plot, but not enough to know anything other than the fact that he’s… “upset”? Is that what the movie’s trying to establish?

And here, we come to one of the most damning things about Velvet Buzzsaw. In the second trailer, a spanner was thrown into my expectations for the movie when the following line was spoken by Jake Gyllenhaal:

“…a revulsion for the world of money.” 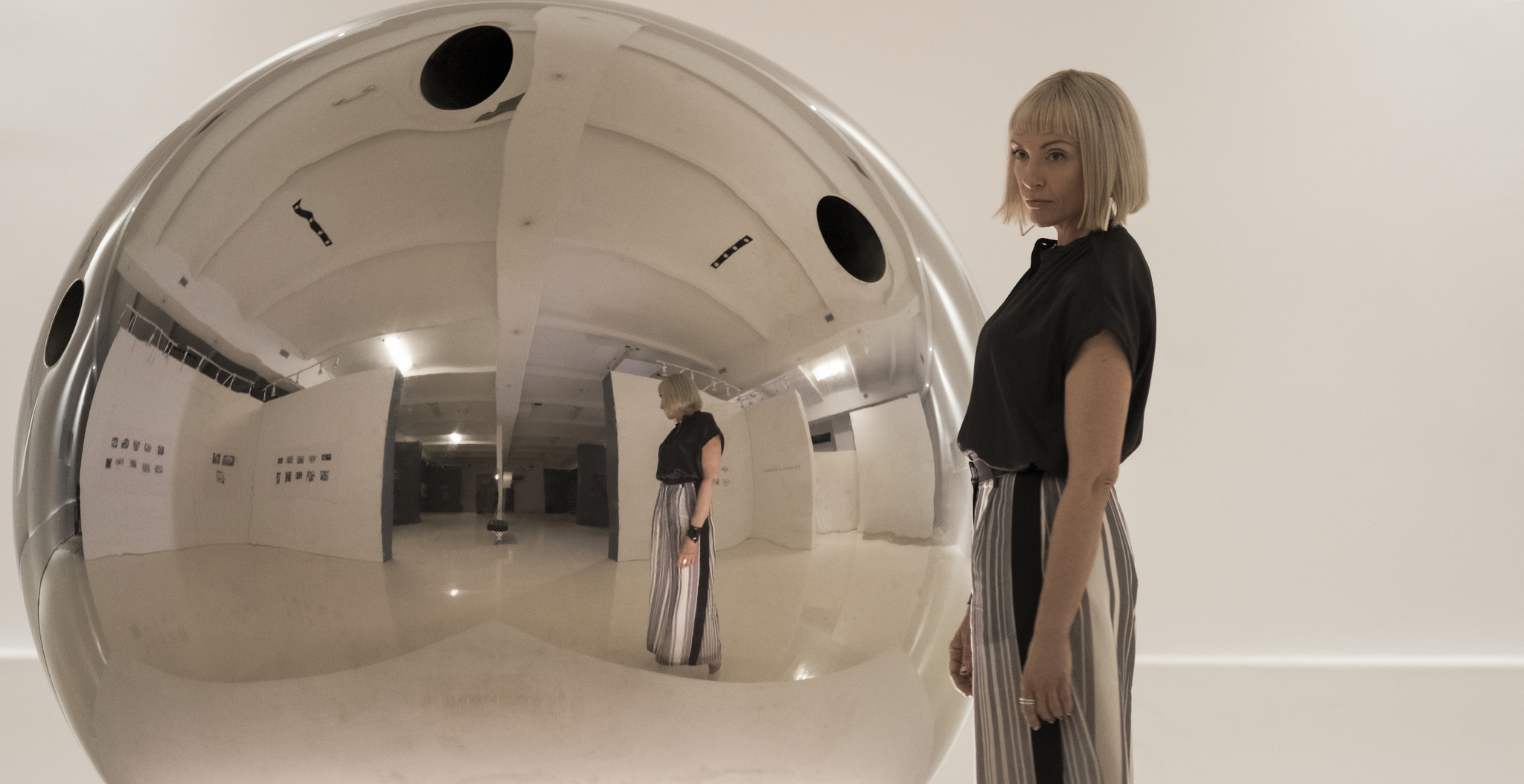 I was curious to know how that would tie into the little “ghost story” that the movie would set up. It had me thinking of all the angles the movie could explore. And then… the movie ended, and not only did the line not appear, but the idea never appeared. This wasn’t simply something that didn’t make the final cut, given how close to the release the trailers were released. This is quite simply false advertising. It’s something I find incredibly disingenuous by the team working on the movie’s release. It’s an act worthy of docking a point off the score, and while I’m usually lax with these “temporary rules of mine”, I’ll apply it here even though it relates to something not in the movie itself. Atrocious — absolutely atrocious.

Time is also a strange construct in the universe of Velvet Buzzsaw. While it can roughly be estimated that the movie takes place in a little over a month — with the “main events” happening over the course of a few days, the way the characters of Morf and Josephina collide and spin off each other throughout the movie just seems far too quick. It’s a bad example of plot structure. No question.

The nature of the “otherworldly” presence is so vague there really is no telling how far it reaches, and it’s actually quite a bit annoying when “anything goes” rules appear in a movie. There are no tie ins between the presence to the characters as they are in any shape apart from the fact that they just are. One could argue that people get their “just desserts” but that’s just plain, boring storytelling. As someone who was excited by both the concept of the movie and the pedigree of those involved in it, I find these ‘lack of’s far more disappointing than most would.

There are — however — things to like. A few of the performances are nice, and there are some decent visual cues that are used. But that’s about it. Overall, the cinematography and the editing are subpar and leave one wanting to see something visually good in a movie about art. Even the infamous hack Jim Jarmusch managed to provide tons of “artistic moments” (albeit loaded with pretention so thick you might not be able to believe it’s not butter. I’m very fond of that man, can’t you tell?) in The Limits of Control. Velvet Buzzsaw could have done with a bit of that. 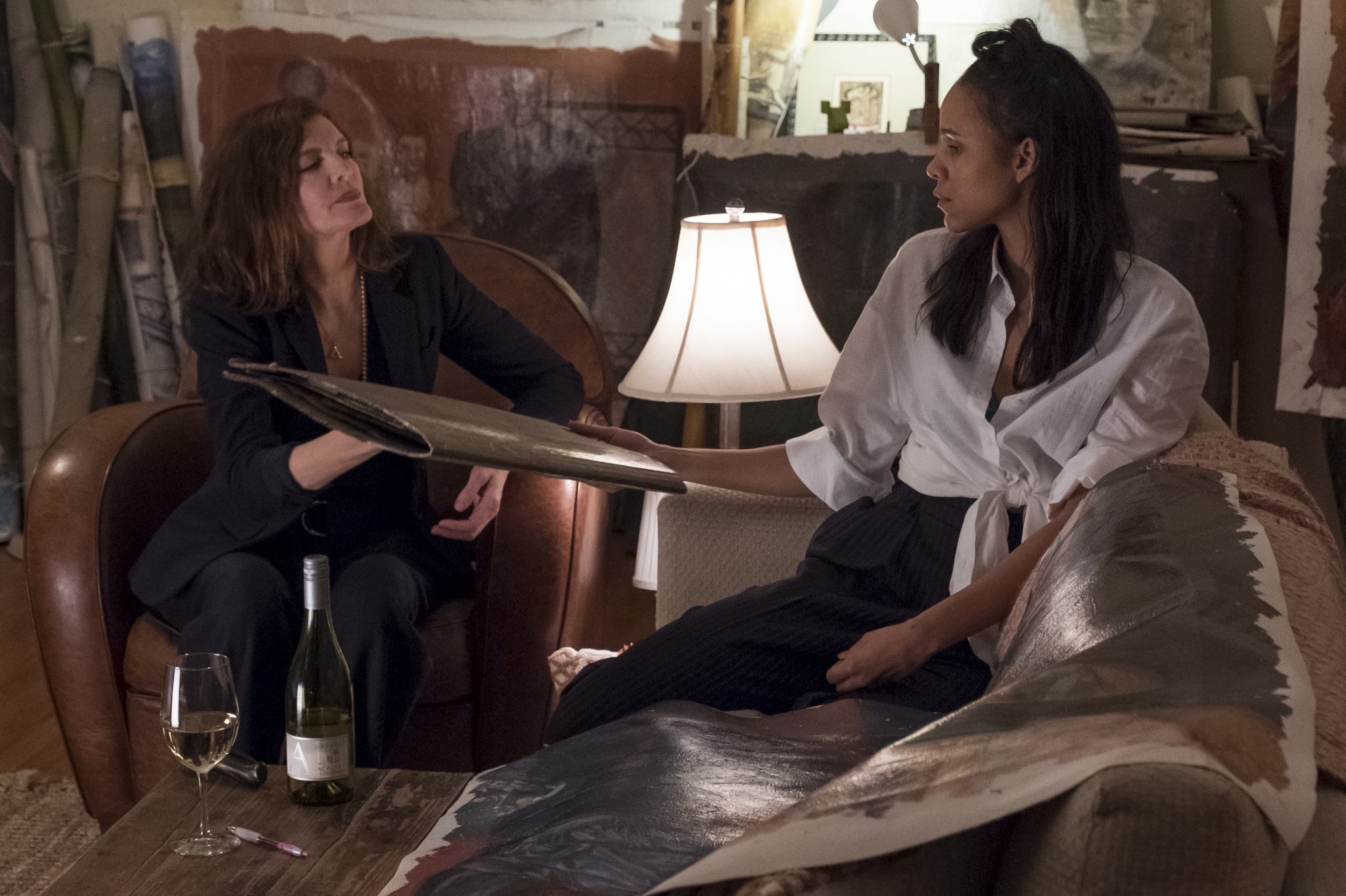 It’s not terrible, Velvet Buzzsaw, but it never gets close to good. All it has is the “what is going on?!” aspect and never delivers anything at the end of that trail. And just to add insult to injury: the trailers for the movie also spoiled the conclusions to all of the major plot moments bar one.

I’m thoroughly disappointed, and really hoped that the movie might turn a 180. But it never did. Ultimately, I have to echo Hoboman (Mark Steger)’s last words.

I can’t save you.

At least Piers is happy drawing circles in the sand on that beach we last see him on.

And just because it struck me as something appropriate, given the movie we’re talking about, here’s the last “real” painting (unfinished) I ever worked on. I’d like to hear what you think of it. It currently exists as six pieces of broken board with faded, ancient paint. So it’s not as if it’ll ever find a home, anywhere. Personally, I’m not too fond of it any longer.

And finally, to conclude, I shall leave you with the following — the preface to The Portrait of Dorian Grey:

…………………………..Art is useless because its aim is simply to create a mood. It is not meant to instruct, or to influence action in any way. It is superbly sterile, and the note of its pleasure is sterility. If the contemplation of a work of art is followed by activity of any kind, the work is either of a very second-rate order, or the spectator has failed to realise the complete artistic impression.
A work of art is useless as a flower is useless. A flower blossoms for its own joy. We gain a moment of joy by looking at it. That is all that is to be said about our relations to flowers. Of course man may sell the flower, and so make it useful to him, but this has nothing to do with the flower. It is not part of its essence. It is accidental. It is a misuse. All this is I fear very obscure. But the subject is a long one. 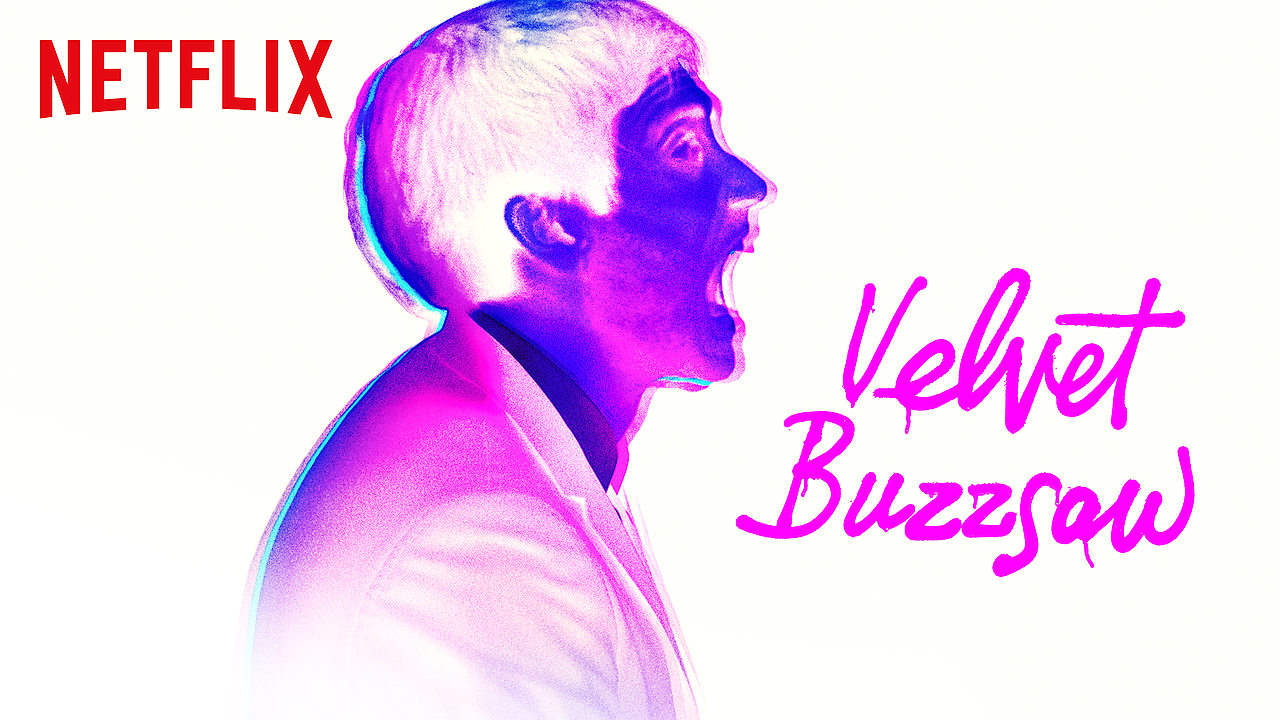 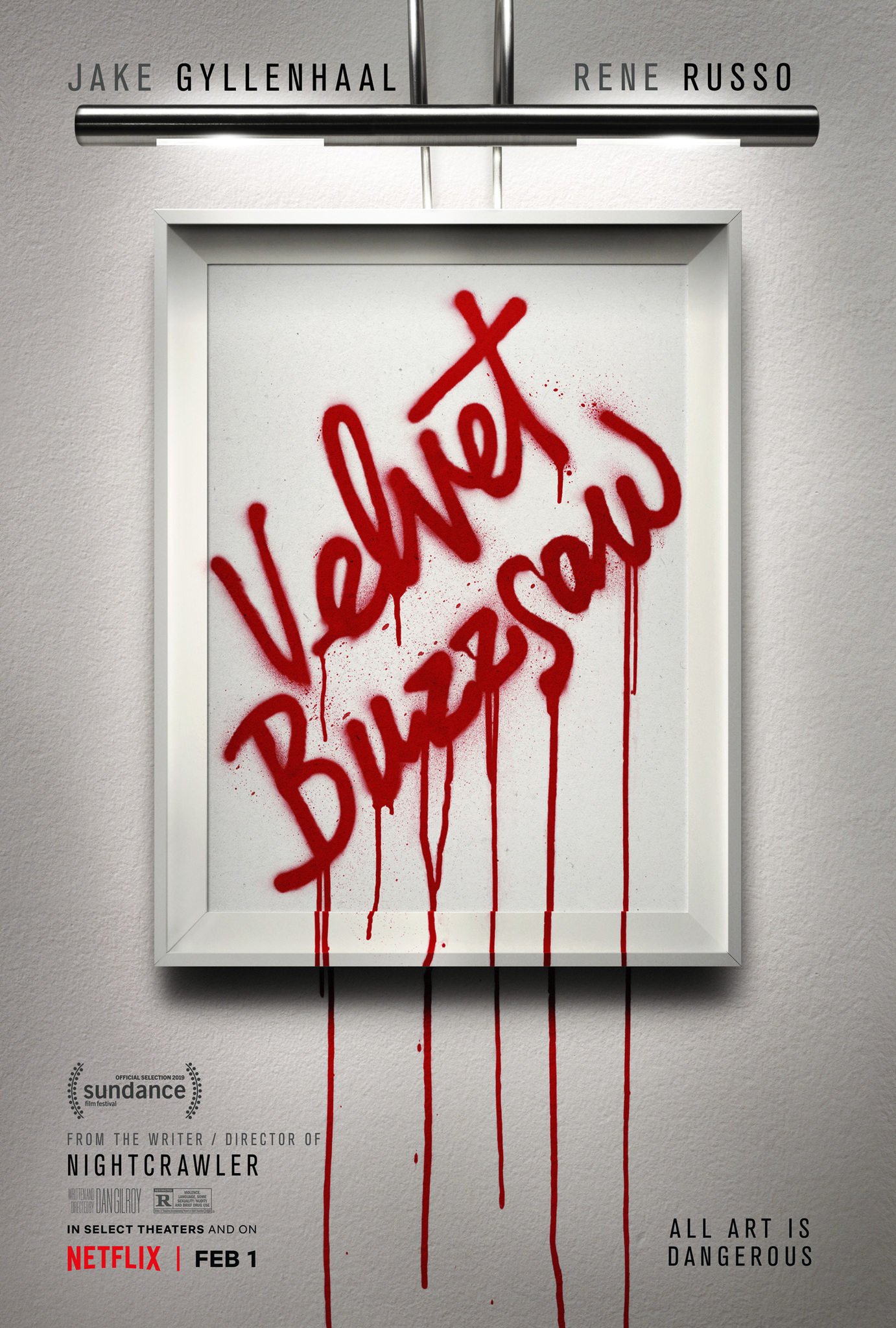