review by the Azure-Winged Magpie.

February the 4th. Put that date down on your calendars… The Crow’s back tomorrow to review the next episode of Star Trek: Discovery before he skips off again. BUT!

Remember how we kept mentioning a “super-secret” BIG post some time ago? Guess what?!
We’re done with it (kinda)!

Over the next few days, there are going to be a LOT of updates and such on The Corvid Review plus the BIGHUGE post PLUS news on the Crow’s newest project (I don’t think he’s gonna be saying all that much tbf but it’s AWESOME). Just like the other day when I posted my spoiler-free (and late) review of How To Train Your Dragon 3: The Hidden World, Star Trek Month‘s still on, but we’re hitting all our targets on the way.

And now! Since I had so much fun the last time! Let’s see where Star Trek goes next! What’s this film? It’s called The Final Frontier eh? Sounds good! Lemme spin this disc up and see what it’s all about!
Should be good no? 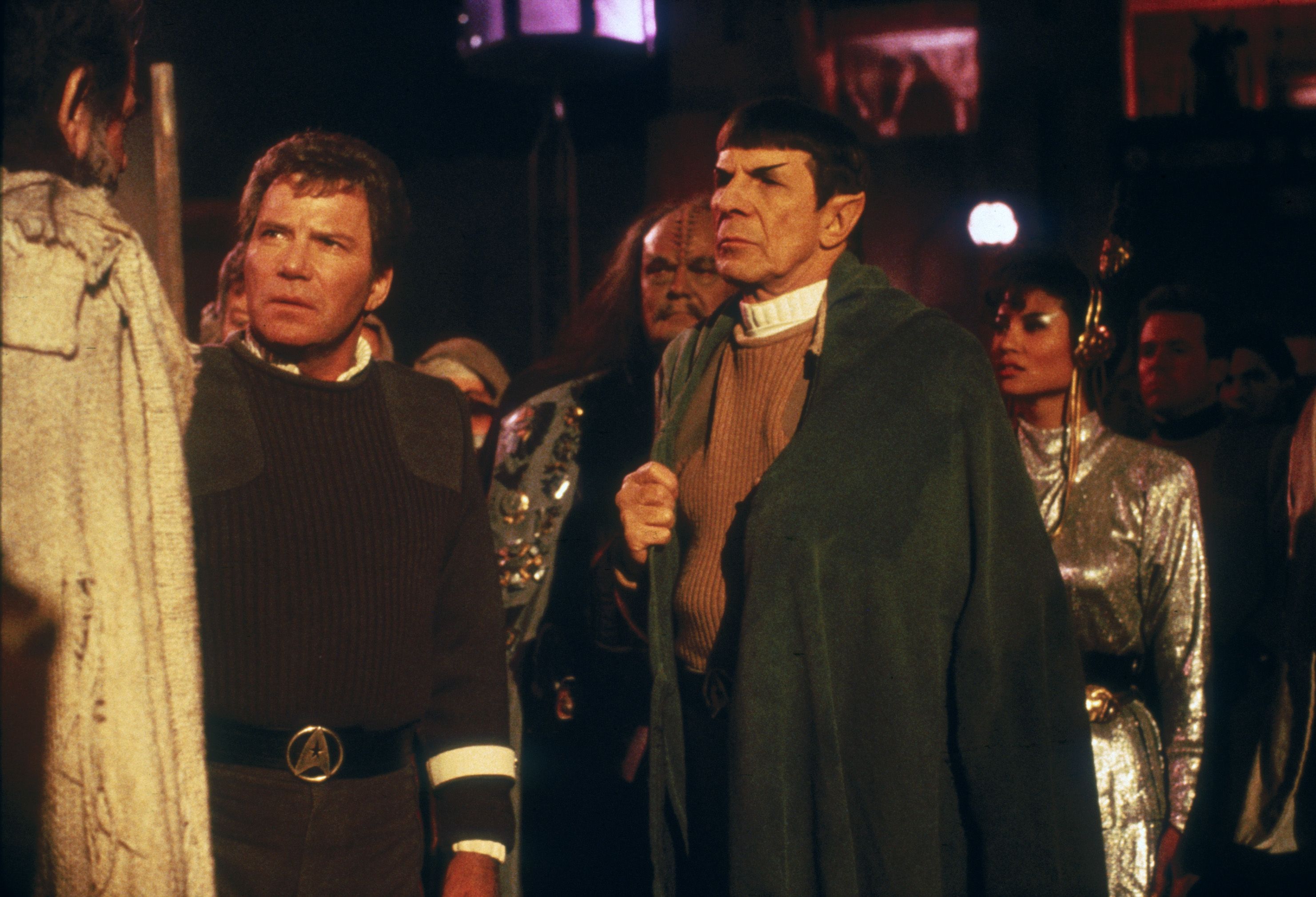 Star Trek V:
What does god need with this film?

This bloke rides up to him all mysterious and does… something to the war boy. There’s a lot of “thee art thou?” kinda lines thrown around and this film’s trying really really really hard to sound important. And then it turns out this guy’s a Vulcan and he lols his head off like he’s a supervillain (he’s not) so that we can get to the opening credits.

So! Lets get a few things outta the way first.

Since the last one and the one before that was directed by Mr. Spock (Leonard Nimoy) and were pretty alright… Bill Shatner (Kirk) DEMANDED that he got to direct this one (beats me why). He ALSO came up with the story. AND he wanted Sean Connery for the villain.
And THIS is how I feel about all of that…

So we get back to Earth. Kirk’s gone mountain climbing because a mountain’s “there”. And he ends up chucking himself off it after Spock spooks him (because he can) and we’ve got my first real problem with this film. 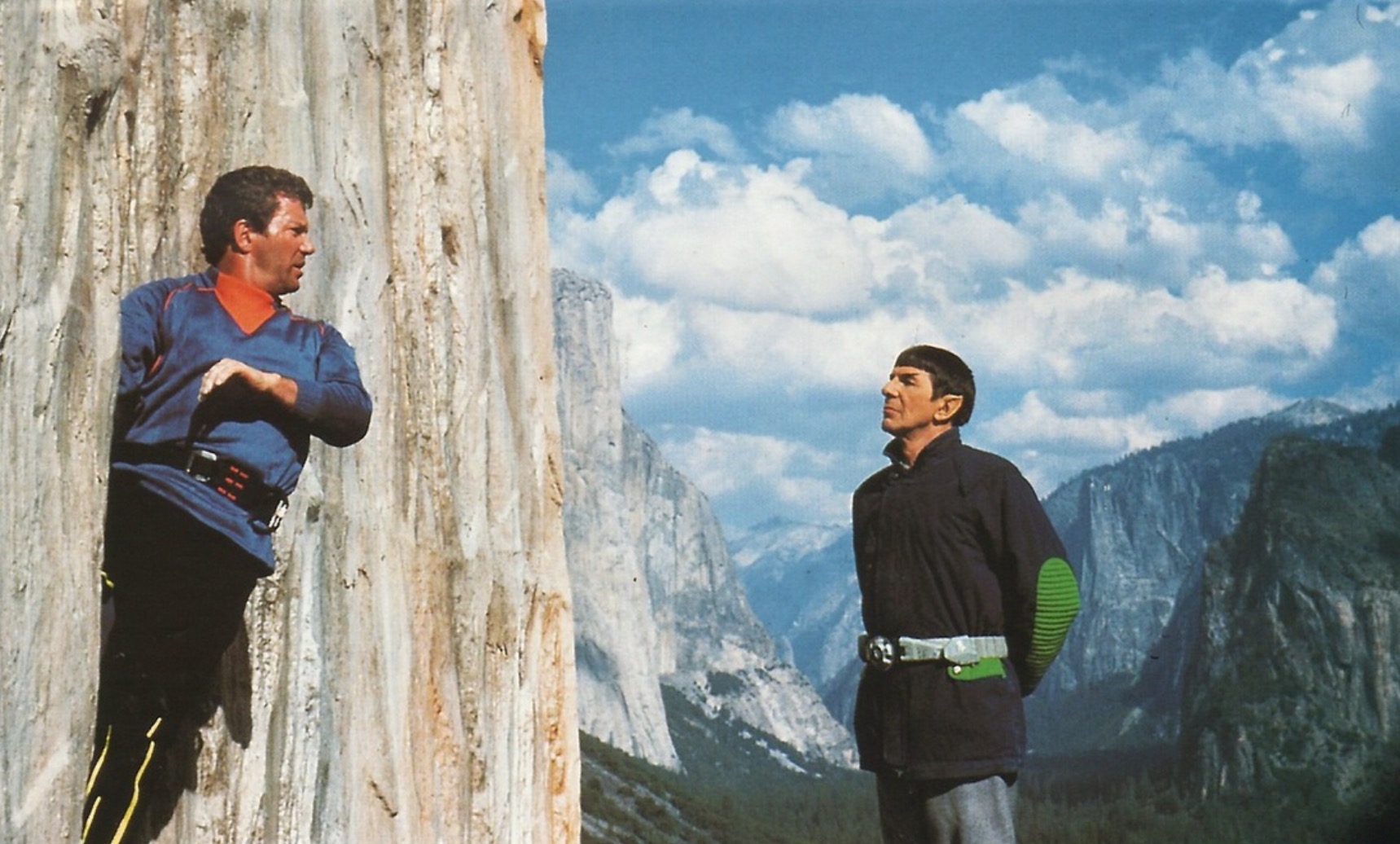 So Spock throws his hands up and flies down to grab Kirk before he splats. And when he grabs him… he’s still upside down even though it’s his shoes that are what’s letting him fly (NOT like one of us birds). Which are upside down… So…

HOW HAS HE NOT GONE SPLAT YET?! WHY HAVEN’T THE BOTH OF THEM BEEN TURNED INTO YUMMY HUMAN PASTE?!

So aaanyway… skipping past that… Kirk and Spock and McCoy (DeForest Kelley) sit down and start nomming McCoy’s beans. Now since I’m the sushi girl and the Crow’s the hot food expert round these parts… I got him to whip up a recipe for these beans which I’ll stick on to the end of this review in case any of you lot want to nom on this delicious-sounding slop. Spock toasts a marsh melon and they… sing Row Row Your Boat and… what the [BLEEP] is going on here?

So meanwhile… the Vulcan villain (Laurence Luckinbill… who’s NOT Sean “JameshBond” Connery) Lawrence of Arabias up to this Federation outpost on Nimbus III with his followers and takes these three ambassadors hostage. He’s been saying all this while that he needs a starship and this is step one.

Oh! Oh! And Pioneer 10 shows up! That’s cool! I wonder what… oh. It gets blowed up by Klaa (Todd Bryant), our new Klingon bad mans.

But y’know what? Even though the film’s going by all quick and everything but nothing’s really happening. I got to say that the CGI’s SO MUCH BETTER in this one than the older ones. It’s a real step up since The Voyage Home, where the CGI was a bit… bad.

The whole story that the villain’s going on is pretty dumb really. You’d think that in the Star Trek universe, they’d have figured this Sha-Ka-Reeeee(!) nonsense out by now. I mean… what is this? The dark ages?!

But even though I’m complaining about it… there’s a pretty okay “taking over the ship” scene and some nice bits with Sybok (the Vulcan Villain!). Uhura gets to have some fun too and more Nichelle Nichols is always good. And we get proof that drunk Klingons are the best Klingons whenever Korrd‘s (Charles Cooper) on screen. If we could travel back like three weeks in time (the time when I used to have problems with the blood in my alcohol-stream), I’d totally be partying things up with him!

And that’s about it. The rest of the film is just straight garbo. 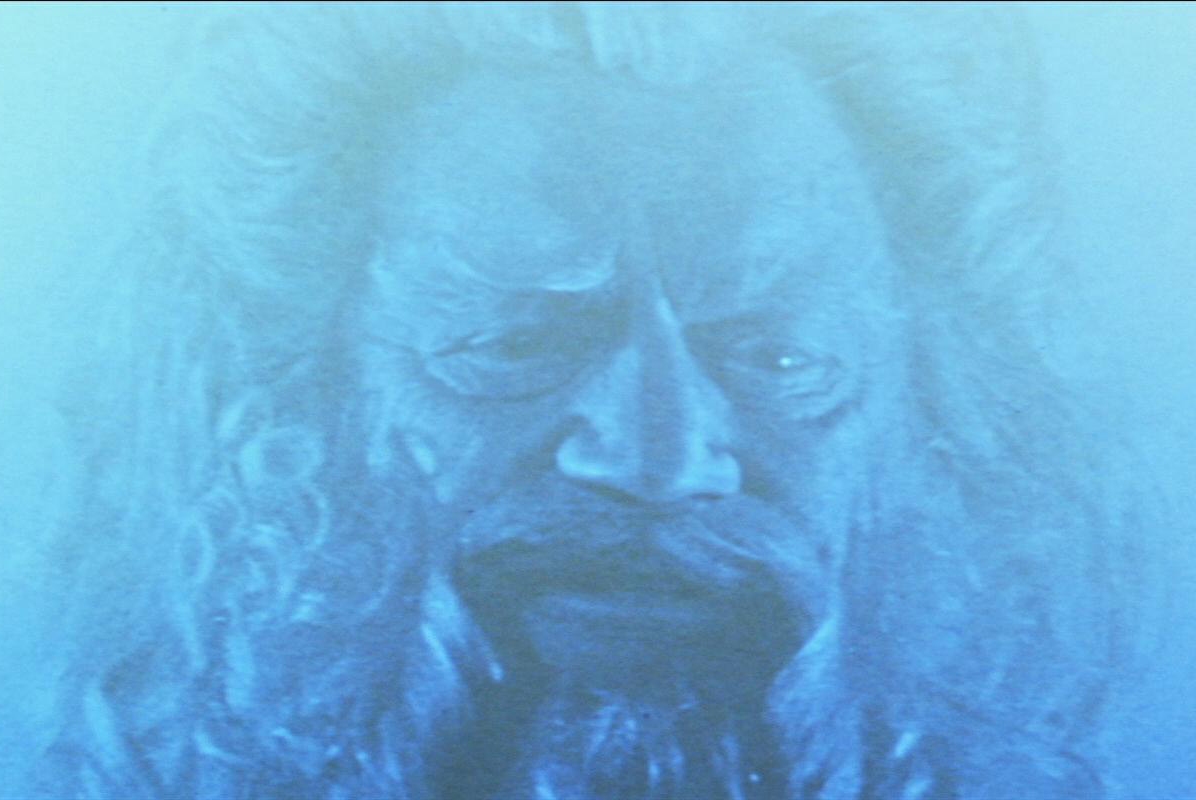 The CGI that’s been pretty good so far goes straight to pot in the final quarter and we get a villain (the REAL one. Not Sybok) who just plain makes no sense. We end up with this story about Bones’ pappy which just kinda comes out of nowhere and the ending is just one big heapin‘ pile of… wait a minute…

That’s right. This film is so bad… it gets chucked into my bucket! The whole ending is terrible. Sybok’s storyline and motivations are dumb as peanuts. The funny-bunnies all miss the target. The whole thing could straight up be solved with ONE SIMPLE REQUEST. McCoy’s pappy suddenly becomes important. The Klingons are just there and get cussed out and scolded into just kinda… I dunno. They don’t really do anything (but Korrd is awesome). Scotty (James Doohan) and Sulu (George “Oh My” Takei) don’t really get to do much of anything. There’s a lot of Lawrence of Arabia in the beginning. The funny-bunnies REALLY don’t hit the target. And… AAAAAHHHHH!

What does god need with a starship?

What does The Corvid Review need with this film?! A bucket.
That’s what we need.

I’m blaming Bill Shatner for this one.

See you next time!

“McCoy’s Beans” Recipe
by the Crow

What You’ll Need (amounts are up to you, but I’ll provide a few guideline):