Warning: this review is rather “stream of consciousness”
This review also contains MINOR spoilers

Well, this is certainly inconvenient.

After waiting so long to write about Roma, I find myself at a loss for words. While I am here in the capacity of a reviewer, I find myself unable to review the movie as I would, usually. Over the years, I have sometimes asked myself what I want to achieve with my reviews of movies, and the answer to that question is always multi-pronged. On the one hand: I enjoy interpreting movies, and on the other: I want to encourage people to expose themselves to good cinema (which sometimes might be art). And then, sometimes, I just want to complain about the utter trash that is paraded across cinema screens for the sake of money.

But ultimately, I guess I just want to talk about movies.

Movies have become a more significant part of my life than I thought they would — as all media has. While my own intentions regarding movie reviews are disparate from the goals of The Corvid Review (which have remained unchaged since its inception) as a project, we’re here to discuss movies and other media — nothing more. And then along comes a movie like Roma, and I find myself unable to say much of value other than: “it’s good. You should watch it.”

So I suppose I should approach this review from a different perspective.

I’ve mentioned before how I once came across a treasure trove of older, more obscure movies. Amongst them were a good number of small European and South American productions; many of which I some day intend to review now that The Corvid Review has proven to be a project for the long-term. And it’s from their cloth that I find Roma to be cut. This is familiar territory. 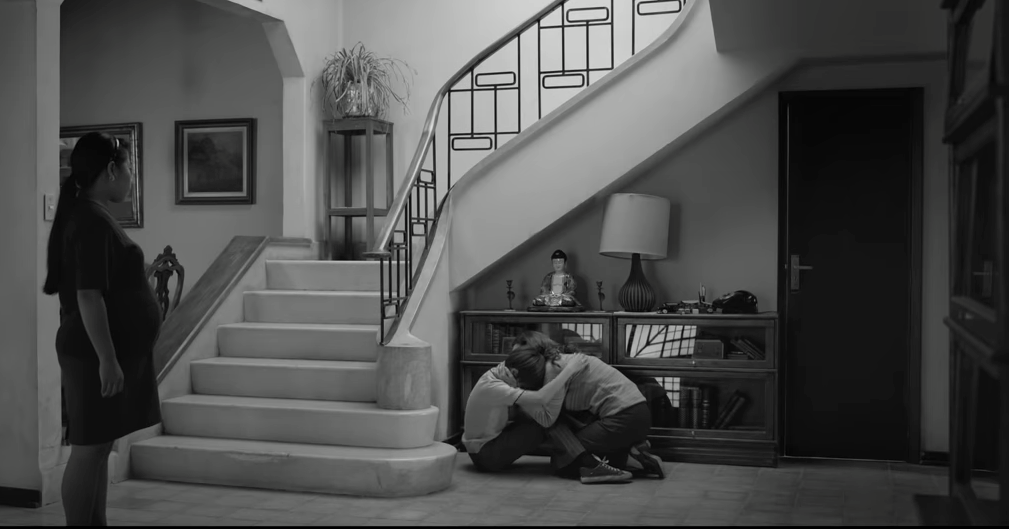 Roma is a take on director Alfonso Cuarón’s (who I have a lot of time for) own upbringing in Mexico City. And I have noticed (although I usually tend to stay away from others’ reviews of movies before I write my own) people repeat that statement in their own reflections on it. And in light of those, let me jot out a few points:

And so, I approach this movie as an outsider. And fiercely so. I’m going to disregard the fact that Roma is a semi-autobiographical work for the time being and consider the movie as he and his team have presented it to us. After all, it’s the final product that is most important with any form of story-telling. Some may enjoy the notion of chasing up details about a movie’s world after having watched it, and some movies are made with that in mind (one example being the upcoming Godzilla: King of the Monsters). But in the case of a movie such as Roma — which is set in the real/”our” world — none of that should be necessary.

The movie involves historical events such as the 1971 Corpus Christi Massacre and an earthquake which I cannot quite place, but assume did happen (and wasn’t just added for dramatic effect); events that are better understood after a look around on the internet. That said, Roma is also a movie best told through the eyes of its characters, as much as the movie presents the narrative through a pervasive, invasive frame.

At this point, allow me a moment to take a look at the technical aspects of the movie:

The first thing that strikes me is how well the movie is composed. I mentioned composition in my recent review of Hereditary just a few hours ago; and where Hereditary‘s was very, very good, Roma‘s is excellent. Personally, I have always preferred black and white photography and Roma utilises a no-frills format of the same — bar the exceptional width of the frames. The crispness of the details is the only thing that outs the movie as being contemporary. If the details were even a little smudged, this movie could have easily appeared to be from any other decade.

A usually secondary aspect of movie composition in the public mind is the audio. I’m not talking about dialogue or score, here. I’m talking about the background noise. One of the many things that struck me about Mexico City was the amount of — and diversity of — sound in the backdrop. I spent a few years in Calcutta, India, and I use the city as a reference point to contrast my experiences in many countries with; both places — and countries (Mexico and India) — share a host of similarities, and this background noise is an essential element of them both. Roma features this background noise with a sense of pride that is rarely seen as part of the world in movies; especially mainstream ones.

The plot follows Cleo (Yalitza Aparicio), a maid who enters a difficult time in her life, over the course of around a year in the service of Sofia (Marina de Tavira) and her family. Both women’s lives are antagonised by the absence of the men that had been part of them, and we follow Cleo as she picks up the pieces her life has been scattered into as both a friend and an employee of Sofia’s household.

Juxtaposed with the upheavals in Mexico at the time, and maintaining an undercurrent of social tension, Roma wears its heart on its sleeve — especially when considering the bare-faced visual allegories it containts. It makes no allusions to grandeur nor claims to be anything it isn’t, but gives us a “slice of life” that we can all relate to from some angle or the other — even to the most distanced of outsiders.

This is “slice of life” done well. It is a tightly-wound, human narrative, done with a level of mastery I haven’t seen done in a long time. Job well done by Mr Cuarón and his team.

Roma comes highly recommended, and it easily one of the better movies of 2018. It’s currently available on Netflix (and it was for Roma that I resumed my subscription, only to be happily interrupted by Black Mirror‘s Bandersnatch) and in selected theatres. While I myself have not seen the movie in theatres, I can tell it would be quite an experience if one would like to spend a quiet (background noise notwithstanding), reflective two hours to dip into the life of another.