Once in a while, a movie comes along that I’ll find myself unable to interrupt. It doesn’t mean that the movie has to be one of the greatest things I have seen, and it doesn’t mean that the movie is objectively great, either. Yes, I have found terrible movies to be ‘uninterruptible’, at times, but for the most part, it’s movies who can use the language of cinema in an alluring way that maintains my immediate interest.

BlacKKKlansman is one of those movies.

In BlacKKKlansman, Colorado Springs’ first Black police officer, Ron Stallworth (John David Washington) makes a phone call to the local chapter of the KKK — or, as he later is told its members want to call it: “The Organisation” — in a bid to become a member. However, he makes a mistake when he tells the local chapter president his real name. This leads to fellow officer Phillip “Flip” Zimmerman (Adam Driver) having to masquerade as ‘Mr Stallworth’ in the upcoming meeting, and thereafter pretend to be Mr Stallworth in the subsequent investigation that is launched.

The lead-in to Stallworth making the call in the first place is handled in an almost tongue-in-cheek manner in the trailers; however in the movie, there is a further element of incitement to it. After dealing with racism in his assigned post, Stallworth asks to go undercover, where he is assigned to keep an eye on civil rights’ figurehead Kwame Ture (Corey Hawkins). There, he meets inevitable love-interest Patrice Dumas (Laura Harrier), who leads the student body union at the local university. Following the rally, Patrice is sexually assaulted by officer Landers (Frederick Weller), who stops the convoy for no other reason than to threaten Ture. 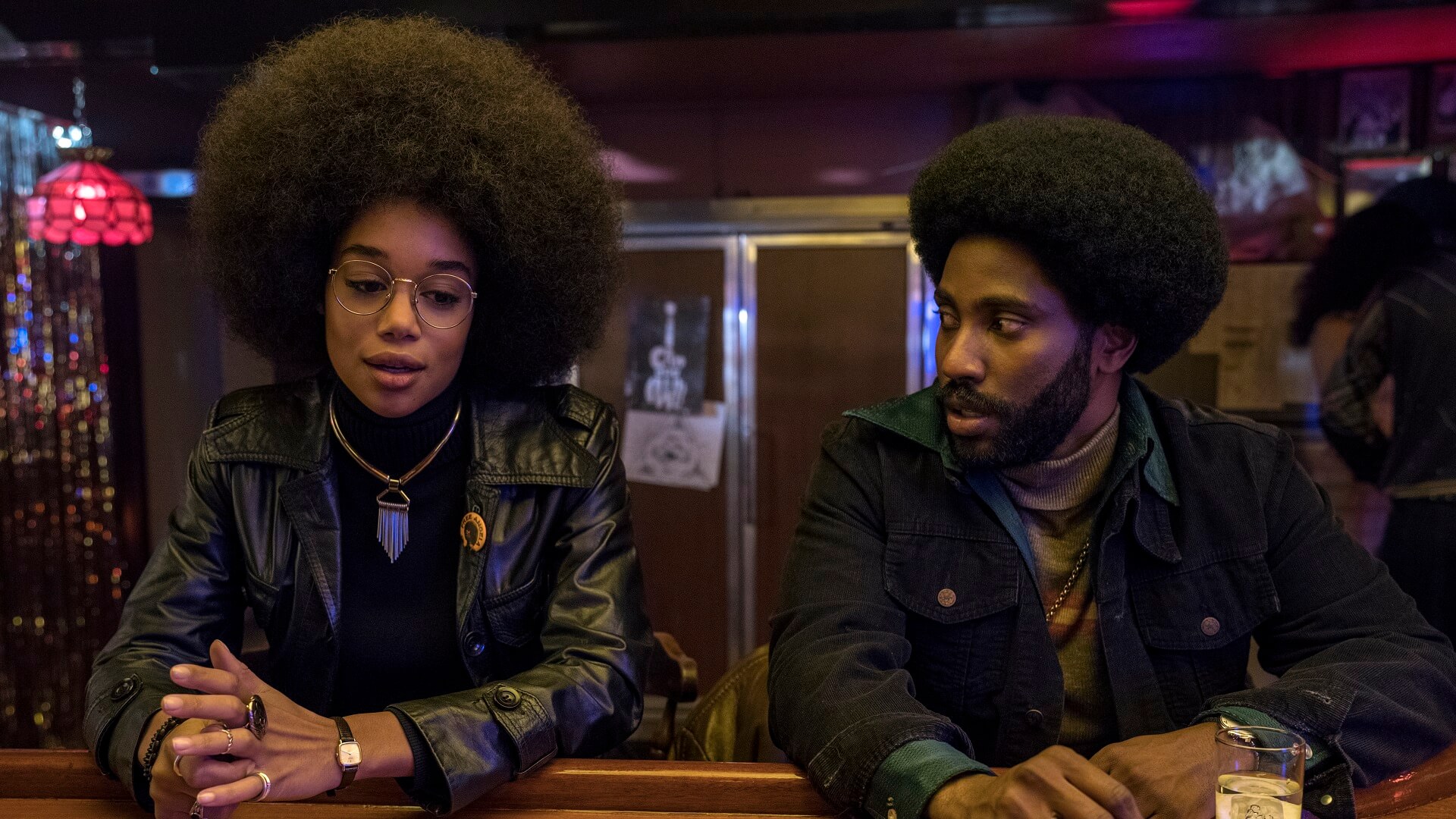 The assault is shrugged off as run-of-the-mill, and it — however minor it might seem — leads to Stallworth’s impulsive decision.

Director Spike Lee has always been a little hit-and-miss with me. On one hand, he’s capable of delivering some riveting cinema. And on the other, he’s capable of some striking howlers. BlacKKKlansman — thankfully — is a movie of the former kind. It looks great, sounds great, has some very clever editing (and some very questionable editing to boot), and boasts some strong performances from each member of its cast.

The KKK — led locally by the very well-cast Walter Breachway (Ryan Eggold) — are dealt with mostly as I view the organisation: a bunch of low-intellect hillbillies who are more bark than bite; but they are given an edge to them, and even feature one character whom the audience might grow a little sympathy for. The police force are dealt with in a shifting collection of spectrums: from the one out-and-out racist to the detached, yet strict, salaryman-style Chief Bridges (Person of Interest‘s excellent Robert John Burke), and so on and so forth.

Adam Driver is someone I thought I’d never be able to view seriously once the Swan(!) forced me into watching Star Wars: The Force Awakens, but he turns in a solid shift in this movie. I genuinely enjoyed the performances he and Michael Buscemi (as Jimmy Creek) turned in, as well as Ken Garito (as Sergeant Trapp), but the show is stolen package-and-van by John David Washington. Considering he’s only ever been cast as the star in one other movie (this year’s Monsters and Men), there’s a future for him. He’s a strong lead, and plays the character with a suave mannerism that seems — or is, according to the movie itself — only natural. Additionally: Topher Grace plays famous lunatic David Duke; Mr Grace is an actor I have a lot of time for, and he turns in a hilarious performance, here. Finally, Jasper Pääkkönen (as the crazed racist Felix Kendrickson) rounds out the strongest performance amongst the members of the KKK featured in the movie. I can’t point to anyone in the movie — even those who’ve gone unmentioned — and say that they turned in a weak performance.

Now, to wade into the arguments of the movie some (idiots) might feel are a little “controversial”:

BlacKKKlansman features dialogues on racism done right. I can’t see anything in the movie that wasn’t spot on: from the horrifying irrelevance given to the sexual assault in the opening minutes to the final clips of race-related mass violence in the United States. Every aspect of race and racism is dealt with in a mature tone — a tone I feel a lot of people are losing touch with, these days. This is a movie which features arguments to be proud of, I dare say.

Like Get Out that came before it, BlacKKKlansman doesn’t hide its main theme, but deals with it in a slightly more brash matter-of-fact way. Spectacular job, all-around.

The movie boasts an undercurrent of humour, and normalises a lot of the insanity thrown at the screen like only an older, wiser mentor can (keep this in mind if you watch the movie after having read this review). It looks and sounds great, and features a strong set of performances. It’s paced well, and is probably the strongest Spike Lee “joint” that I’ve seen.

In light of all the above, BlacKKKlansman comes highly ‘a-rr-a-ecommended’ from us at The Corvid Review. It’s one of the better movies of 2018, and is essential watching if this year’s left you feeling a little blue. 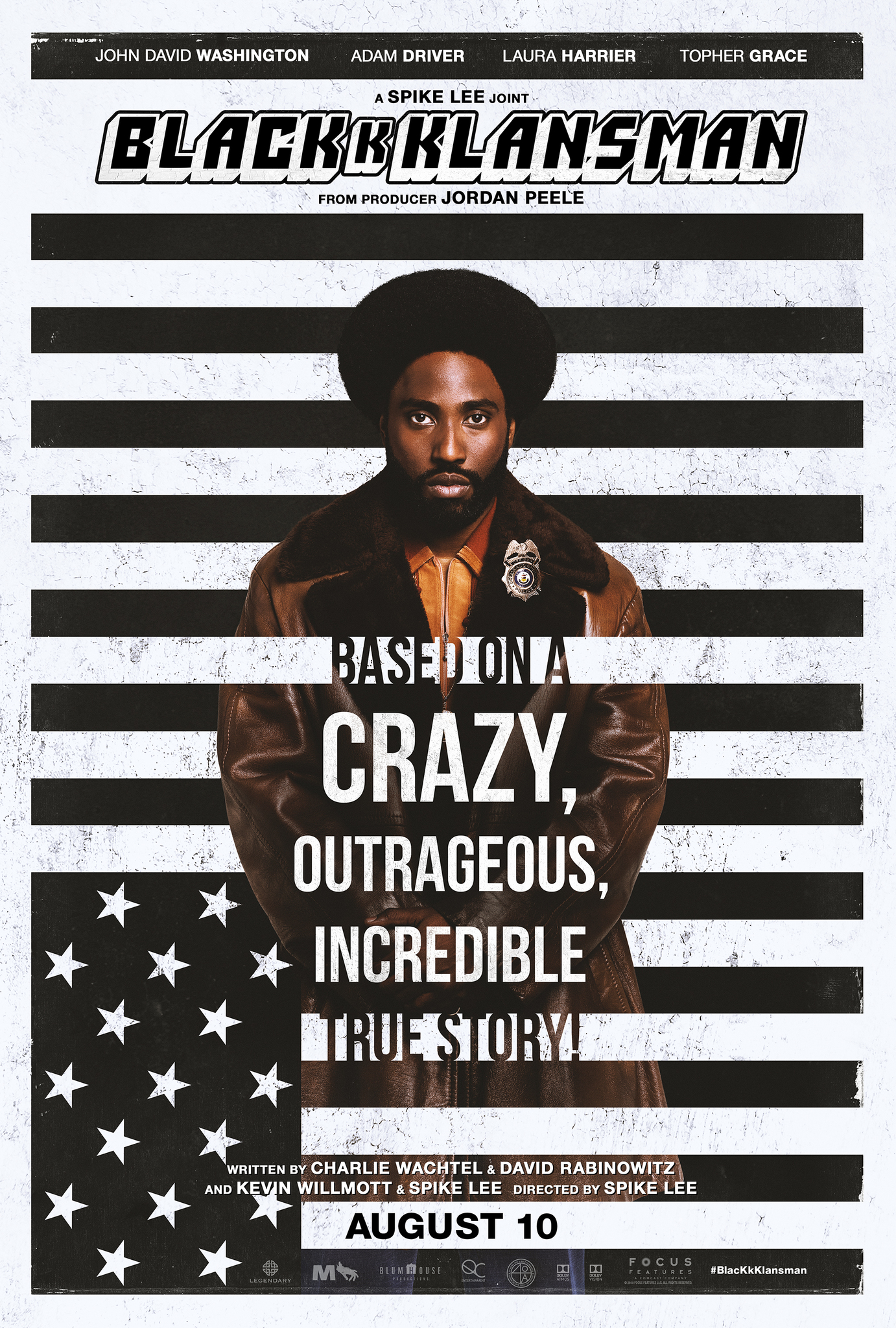