Let me start off with a CONTENT WARNING, in case you have no idea where you are.
Further: this post may not display correctly on mobile screens due to certain technical
difficulties I’m having trouble sorting through.

reviewed by
AN ASSHOLE

betrayed by
the AZURE-WINGED MAGPIE

edited by
the REAL MUTANT BEAN

I’m Telling
You This Is a Superhero Movie

Skip to September, 2016: The Corvid Review has opened its doors, and I’m made to watch Deadpool (on the very same day, if memory serves correctly). I’d heard of its… reputation. I’d heard of the glowing response it’d accrued. I’d heard how it “restored faith” in some (yes, that was a direct quote) that studios could be true to a character from comic books.
And yet, I was skeptical that it’d be any good, much less like it even if it wasn’t (after all, The Room does exist). It just didn’t seem like the sort of project that would work, despite all the praise I’d heard.

so I’m allowed some measure of apprehension when
the names “Deadpool” and “Hollywood” are put together.

After all, it was no longer the 90s. You couldn’t
have attempts at making R-rated comic book
movies any longer. The days of the likes of The
Crow, Blade, and so on and so forth were over,
weren’t they?
With all these doubts in my mind, and armed with
only the most nascent knowledge of the character,
I sat down to watch Deadpool.

And what did I think? Well, let me tell you: 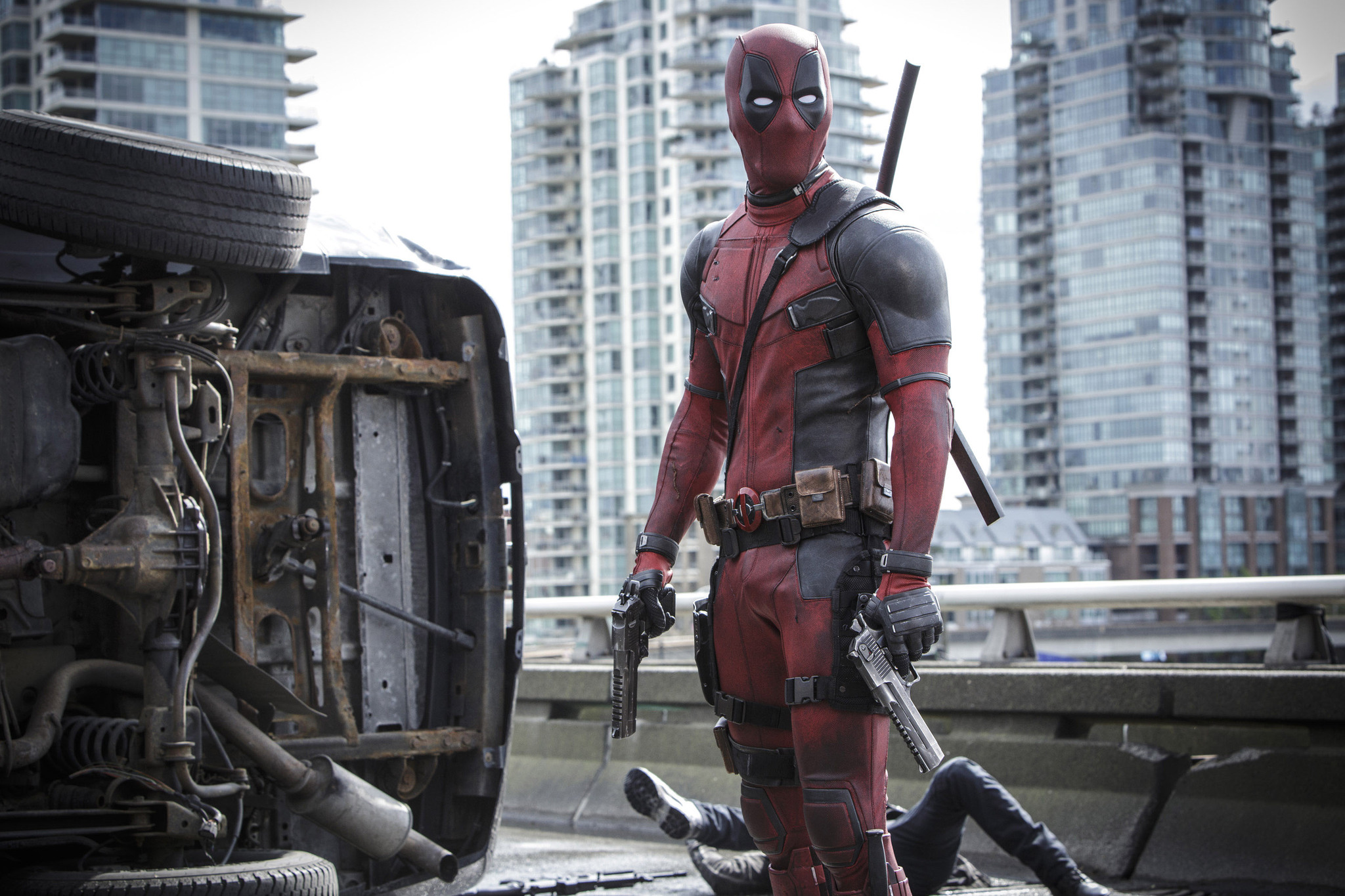 THE MOST AWESOME MOVIE EVER

The first thing that strikes one about Deadpool is how decidedly ‘average’ it looks. Despite an opening sequence that’s put together in excellent fashion (set to Juice Newton’s 1998 cover of Angel of the Morning) and some very smart choices by the team, Deadpool doesn’t seem to “jump off the page” as much as its comic-book counterparts when the action gets going.

And it’s with good reason. In Deadpool, it’s only the scenes in which our titular character is flashing back to more “normal times”. Only when love interest Vanessa ( A Hot Chick) is involved does the print see any real colour. Her scenes are rendered in warm tones

that shift to suggestions of neon when (and as) needed.
The reasons for this are obvious. After all, as Deadpool
( God’s Perfect Idiot) himself tells us, this is: “a love story“.

Note: I’m not entirely sure what’s going on. If there are strange gaps in the text, it’s because my screen keeps playing up on me. It seems to be an issue with the latest WordPress update, from what I can gather.

It’s almost as if the Magpie’s messing around on the other end (trust me, I’m used to it), but from what I know, she’s been passed-out drunk for the last three days, so it can’t be her.

The rest of the movie is desaturated, even after Vanessa returns, in the final act. And the use of colour and lighting are quite direct through the movie’s entire runtime. There’s nothing wrong with that, and I’m happy to see such a simple use of colour used to such great effect. The reason why it might not be as obvious — even though it is — is due to the structure of the narrative, which really does take centre-stage.

The reasons behind it stem directly from the fact that Deadpool almost does away with the traditional three-
act structure of action movies. Like Seven Samurai, which wrote the book on how action movies should handle themselves, Deadpool brings a sense of ‘progress’ to
the typical action movie. While no masterpiece, it still manages to reshuffle the tried-and-tested formula by hitting all the marks, but arranging them in a unique way.

The connection — and subsequent conflict — between the hero and the villain is quite tame, especially when compared to the usual fare. There are no global (or universal) ramifications for what’s going on. It’s as simple as a “I hate you, you hate me” story. While what happens is horrific, it seems almost petty in the realm of comic book movies — as Colossus ( A CGI Character) is there to point out to us.

The movie nearly hits all the marks one would expect. The origins and motivations of the main character are checked off. The villain is established — albeit a little too late when compared to the traditional structure of an action movie. The hero and the villain engage in combat, and the hero loses. But that’s where things begin to come apart.

There is little for Mr Pool, Dead to overcome. There are no real changes to his character following his first loss. The only thing he does is work up a little courage — when incited — to finally face Vanessa again. And the movie from this point on drives straight into the final confrontation.

And this is why I call Deadpool half-a-movie. The first hour of the movie is essentially just fifteen minutes of action (interspersed with heavy use of slow-motion) that serve as launching pads into long, expository flashbacks. It makes sense, in the terms of Deadpool being a character who can break the fourth wall,

but it makes the movie feel sparse at best when the ending comes around. The lack of any significant character development between the initial confrontation and the final two (one being the introductory sequence) is something that detracts from the story as well.

However, Deadpool does a stellar job with what else it has. It’s obvious that the movie had a much smaller budget than other superhero movies, but it rarely shows. Toning down the visual effects and giving the movie its coat of ‘dust’ helps gel the visuals together. It is nowhere close to the aforementioned Seven Samurai, in either execution or impact, but it does carry that sense of progress I mentioned.

The movie highlights Deadpool‘s own abilities and uses his ability to break the fourth wall as its greatest asset. Playing to its strengths in such fashion, Deadpool works.

Another notion I’ve held in my mind is that Deadpool was a test-run to see if R-rated comic book/superhero movies would even work, considering it was made just as Logan was entering production. And I’d have to say that it was a success in that sense. Not only has Deadpool spawned what could easily become a franchise, but it’s also a strong movie. Littered with jokes and references a-plenty, it comes with a colourful (albeit desaturated) cast of characters, and ties down one man’s personal vendettas in a way that sounds like it could only make sense in the screwball world of Deadpool (but happens out here, nonetheless). Solid work, all around.

The two X-Men that the movie could afford are quite a nice surprise, with Negasonic Teenage Warhead ( A Moody Teen) scoring maximum points for being the nicest of surprises. Morena Baccarin is always a welcome sight (oh, how I miss Inara Serra, and the rest of the crew of that Firefly), and Angel (Gina Carano) — to my inner MMA enthusiast — is a welcome addition. “A British Villain” as Ajax works well with what little he has, and even manages to come off as a genuine threat (albeit underfunded and over-worked). And let’s all face it: Dopinder (Karan Soni) could steal Gita’s heart, any day of the week, the creep he is. 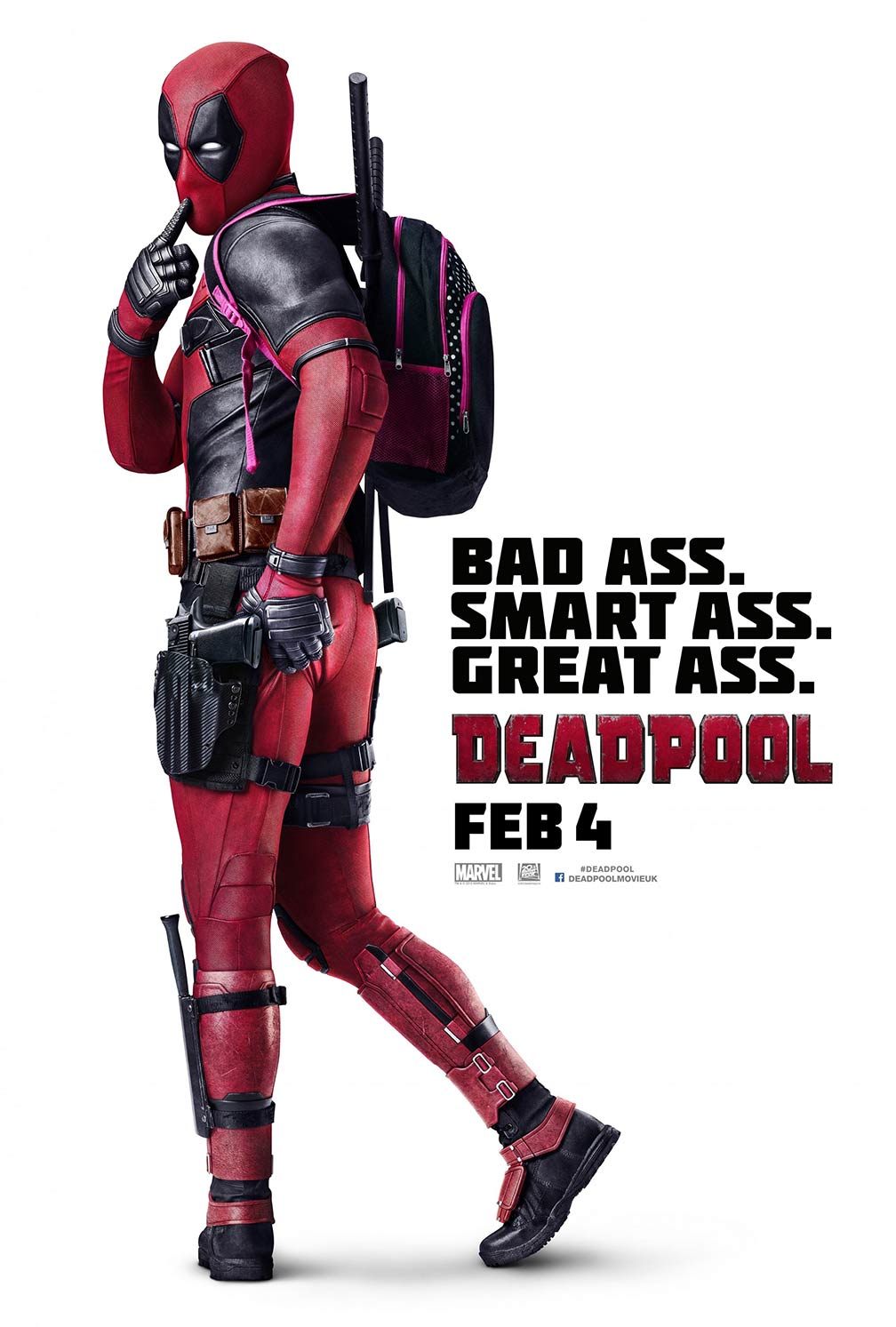