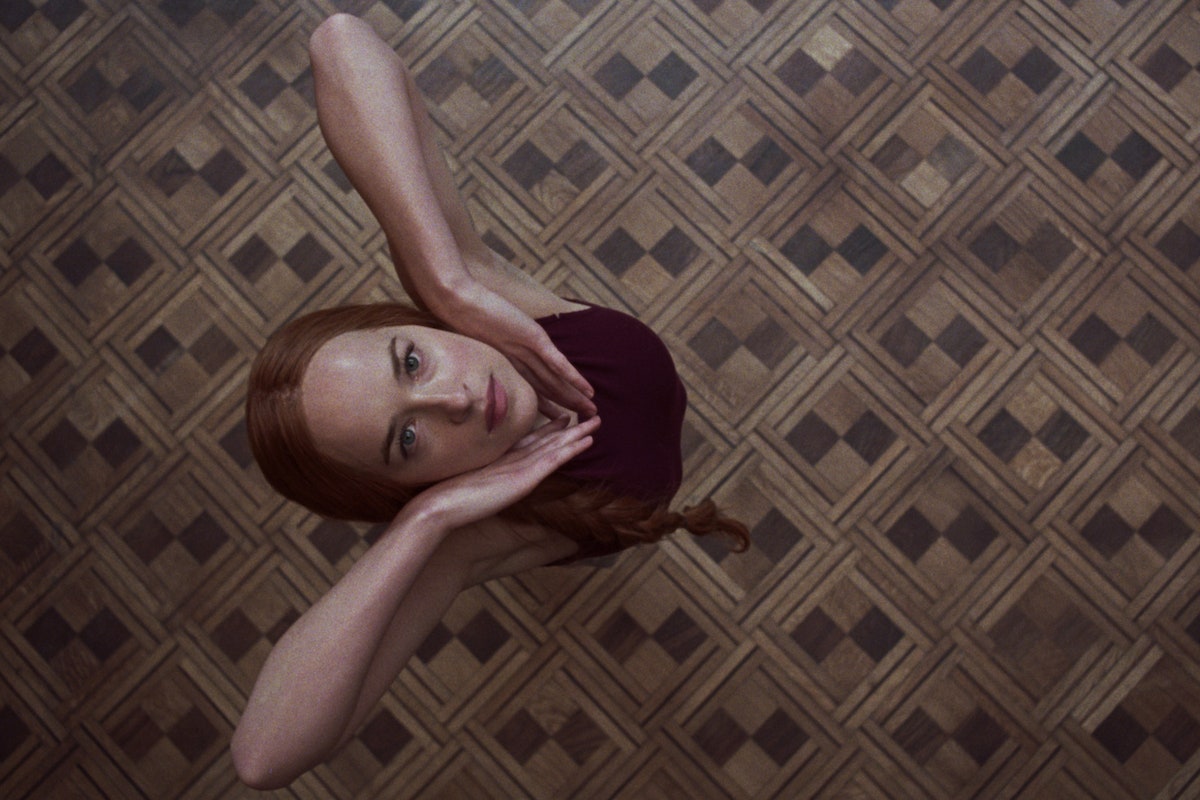 Part 1: The Mother of Sighs

Note: The Crow’s going to be back (with me! when I let him out of his cage…) to do a full review of this film later on next week. This is just the spoiler-free version.

Hoo boy… I’m REALLY late with this one! It was meant to go up late last month (!)

I watched this some weeks ago (’cause I get to go to films early!) but I just didn’t get around to writing about it because I wanted to watch it again. And even though the film “officially“ releases here tonight, it’s already playing in theatres.

So the Crow was gearing up to write this one up, but I snatched it away from him cause it was supposed to be MY review. He’s still WIA, so I ran off to the theatre today to get a second good look in for this review. And y’know what? I’m going to make this quick and painless and all spoiler-free for you lot. It’s good, and I think you ought to watch it. But let me tell you what I liked about it so that you get a better idea of why this is good, and why it’s one of the better films of the year (not that there’s been many good ones to start with).

One of the films I kinda liked last year was this one called Call Me By Your Name (it was a 6 or something from me). And Suspiria has the same director, which I didn’t really see coming. I didn’t think that the guy who made that film would take up a horror flick set during the Cold War, in (West!) Berlin.

And I gotta admit something. I haven’t actually seen the original. That’s where the Crow would have come in, but he GONE (okay… maybe I beat him up a little bit). But I heard it’s good and all. But here’s the thing: this film (the director says) is more like a “cover version” of the original Giallo(-kinda) film. So… WE COOL!

So first things first. This film is a bladder-buster. It’s like two and a half hours long, and then some. And it all starts with a chick talking to her shrink .

Patricia (Hit-Girl) is telling her shrink Dr LongassCabbageName-er (“Lutz Ebersdorf“) some shit about strange old ladies (cough) and whatnot. And it’s a pretty straight-up set-up. There’s this ballet school Pat goes to, and there’s some spooky-dooky shiznit going on down there. And then… SNAP! (and CRACKLE! and POP!) and CUT!

Susie (not Suzy!) Bannion (Dakota “50 Shades ruined my life” Johnson) arrives in Berlin to join up at the ballet school (what a random thing for some Yankie-doodle girl from Jesus-family to do). And (oh yeah…) her mum is about to go and snuff it back home in Yankee-ville.

Everyone at the school’s all rubbed off the wrong way by Pat’s going “bye-bye!” between the first scene and now. But at least teacher top-person Madame Blanc (the Ancient One) eyes Susie up like she’s the best thing since sliced bread.

So whatevs. Susie joins up and wouldn’t you know it? She IS the best thing since sliced bread (it all worked out in the end!). And yup! We get the spooks and dooks jumping in and out and all over the place all snappity-snap. But shh! I’m not spoiling any of them for you…

So there’s a lot of suspecting and detecting and spook-getting going on. This film doesn’t really have one main character, but a couple (kinda). We’ve got Dr LongassCabbageName-er, Susie and Sara (Mia Goth). Sara is the girl who would be the main character in any other film, but she isn’t the one in the middle of the whole thing here, because the film doesn’t let you stay with her. Dr LACNer is another good option, since he’s doing so much detecting like Sara. But he doesn’t really end up being the main character either. And then we get to Susie who’s kind of like a deer in the headlights who just keeps falling up up and up. But where she ends up is a whole different place.

I liked the story. There’s a lot of twisting and turning and traumatising going on, but I think it could’ve been cut down a little bit. I just want to get back to the ballet school and what’s going on over there. Dr Kraut’s story’s nice and all and could’ve been a tear-jerker in another film (…not that I can cry), but here it felt a little like it was taking me away from what I wanted more of. It’s nice though. Don’t get me twisted. But it slows a lot of the real story down.

The acting was pretty good. I liked Sara best, just because everything about her worked, but Susie and Blanc were pretty good too. There’s like only cameos for dudes in this film so let’s just say this: all the ACTRESSES actress good (that felt good to say. THIS is how it’s done Hollywood!).

A little “spoiler“‘s here: Tilda Swinton is bae af like she always is. But y’know what? I wouldn’t think she was Dr Krautface looking at the dude, but because I knew that going in, I thought this was the least convincing she’s been when playing a dude. She’s still good though, so it’s not a problem And hey, she’s playing three characters here, so I can’t really complain even a bitty bit about her.

The CGI (when it showed up) wasn’t that good. But I don’t think it’s a problem. I don’t think this is a film where I gave two poo-poos about the digital effects but there’s this one scene early in the film that needed some bone-crunching effects, and it didn’t really work. I still liked the scene, but it just looked a little off.

And SINCE I’m talking about effects… 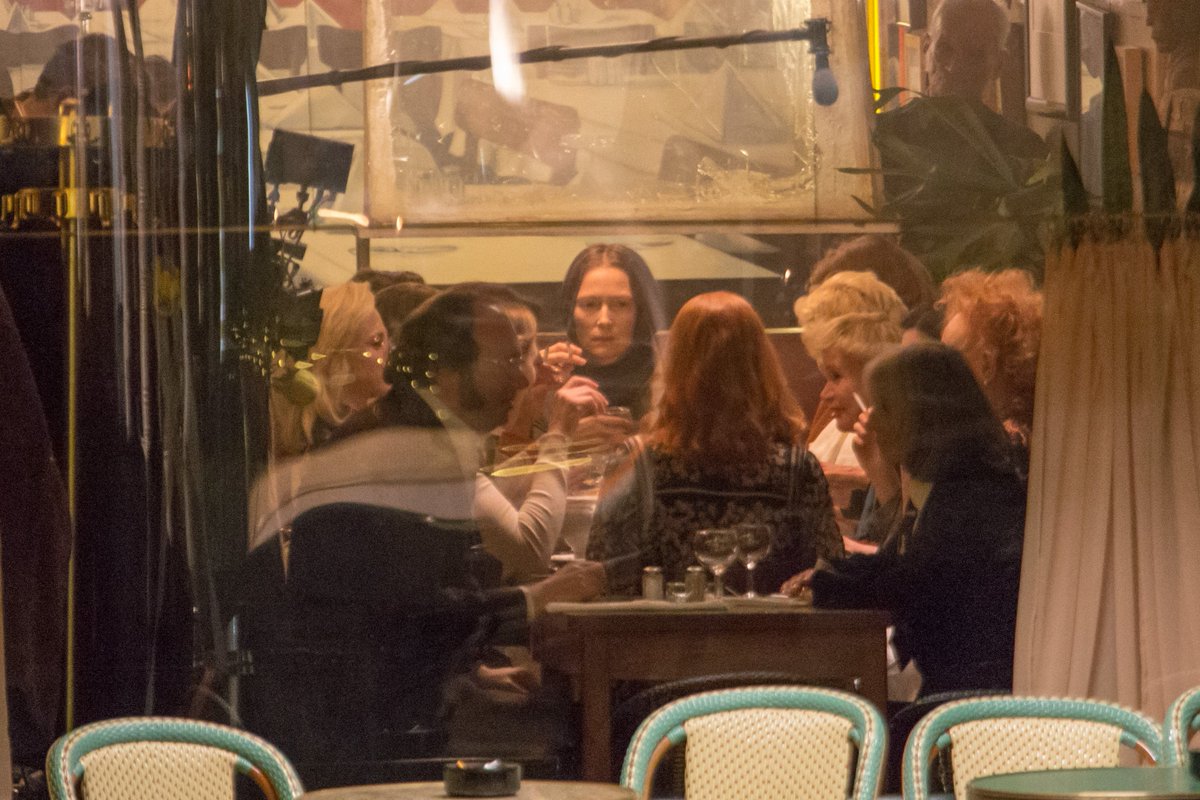 This film feels awesome. It looks pretty basic, but there’s a lot to see here. There’s also a lot of interesting movements going on with the camera that make everything “pop” a lot more. There are some weird things that show up here and there which made me happy because they’re just so… weird (I need a new word).

I’m not really the artsy type, so just take my word for it that it looks nice. I’m not going to go into bigHUGE words to try and tell you HOW nice I thought it looked. But it does. End.

And it sounds nice too. There’s this whole feeling the film gave me. And it really worked with the story. It’s not really scary (apart from a few pretty rad scenes), but it’s [BLEEP]-ing creepy all the way through. That Radiohead guy did a pretty good job with the sound and whoever worked on the art/cameras and all those things did pretty good too. Cookies are due them on me I guess.

Now the thing is this film just needed to be a bit… tighter? I don’t know if that’s exactly what I want to say, but it does feel a little like things are going “meh” at times. The film picks the pace up a lot to make up for it but I’d have liked it if the film didn’t start going so “meh” that often.

There are also some serious ideas going on, but I can’t really spoil them without taking out a lot of the fun of the film, so I’ll leave them out for another day.

There’s a lot of aggressiveness in this one. And it’s very intense. Is it a GREAT film? I don’t think so. But it’s a good film that I think is one of the best this year. It’s got a lot to say and a lot to make folks think about. It looks and sounds great and has some really nice acting, action, and one HELL (hehehe) of a main event. It’s creepy, it’s off-putting, and even though it goes meh sometimes, it “hooks” (hohoho) you right back in. Imma cut myself off before I go and spoil the whole damn thing, but watch it, or else I’ll report you to the Markos Academy for Volk. 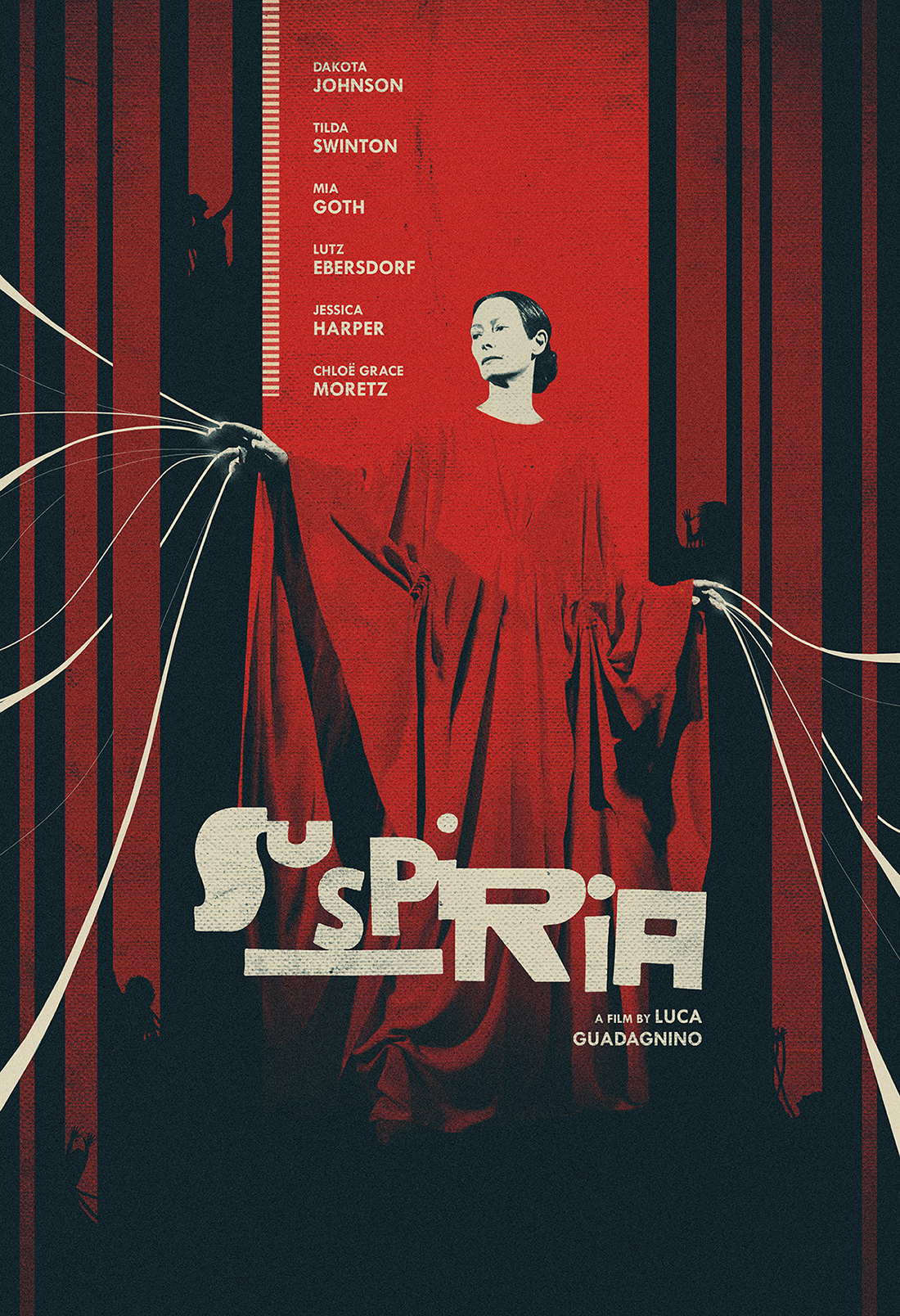