a (quick) review by the Azure-Winged Magpie.

The Girl With The Magpie Tattoo

Okay. So. Right. Let’s get this right.
(I’ll make this quick and painless.)

The Azure-Winged Magpie’s Ratings
(so far)

I didn’t read all of them. These aren’t the kinds of books I read, but EVERYONE was talking about it and I wanted to see what the fuss was all about. But the Crow was right (HATE it when that happens). It wasn’t that good. I get the hooplah. I get WHY people liked it. And I kinda (just kinda) get where the author’s coming from. But the book was a bit… well I just didn’t think it was all that good.

It wasn’t like BAD or anything. But it wasn’t that good. It was just one of those things that got popular for a reason that got blown up on the news and the tube and then just went away (like that VERY SHITTY shit novel The Da Vinci Code).

So here’s what I thought of the first book. (The Crow really needs to start us off on book reviews one day).

I really really REALLY liked the first Swedish Millenium film. More than I’d like to show in my ratings. The others were a little meh. That first film got me all squirming and HATING a lot of things. And it was better than the book (!). It wasn’t the best thriller or mystery film ever, but it was pretty good.

In the first film, there’s THAT scene with the videocam. And I HATED it. I watched this before I read the book so I just didn’t get WHY it was even IN the film. I get that it becomes sorta important in the second film, but it just felt a bit… off when I first watched TGWTDT (holy fuckballs).

But yeah. The films weren’t shit. They weren’t awesome, but I really liked the first one. The second and third one just got worse, but they never became proper shit. They were alright I guess.

Now THIS one was good. Now that I got why THAT scene with the videocam was in there, I was on board with what was going on. Even though I still HATED that scene, this one was SO much better than the Swedish film. No shade against the Swedes, but David Fincher hasn’t made a film I’ve not liked yet.

I just liked the way this one spread the story out in this one a lot better and while Noomi Rapace’s always going to be my favourite Lisbeth, Rooney Mara did a pretty bang on job in this one. And Daniel Craig’s kinda… there. He’s cool though (more thighs pls).

The Girl With the Dragon Tattoo: 8/10

So yeah… let’s see what they did THIS time. The book wasn’t written by the OG. And it had NOTHING to do with the Fincher film (I guess it happens in the same universe though). So… this could either be good. Or be total shit.

And guess which one it turned out to be? 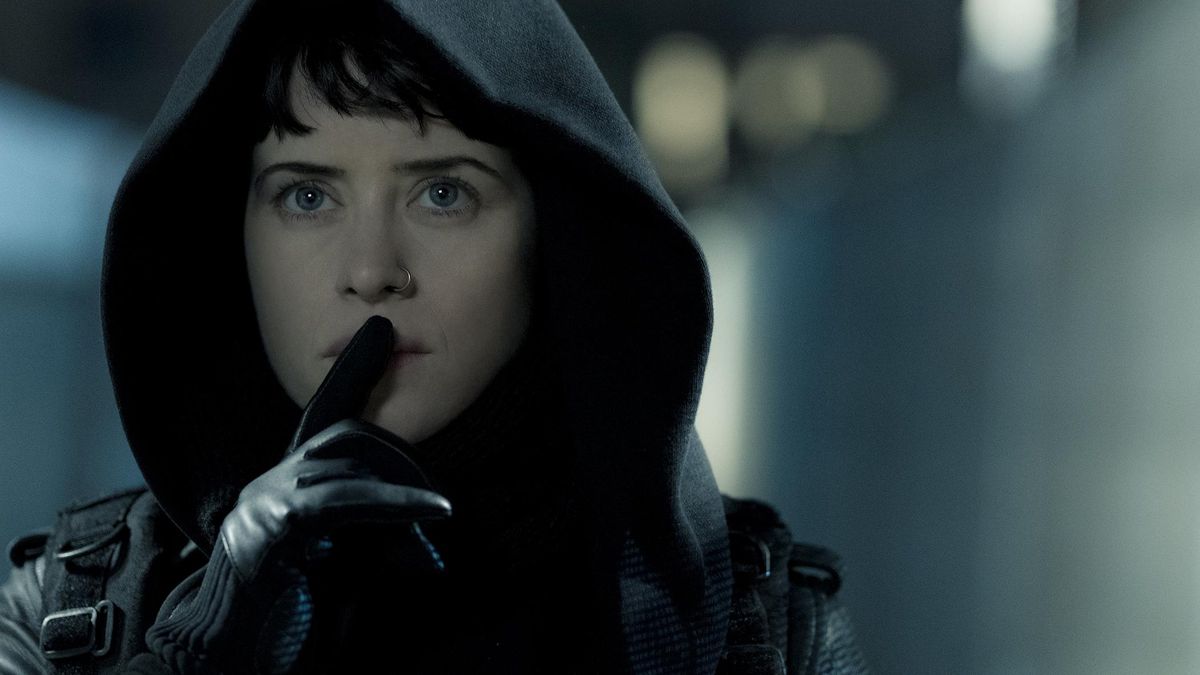 The Girl in the Spider’s Web:
A New Dragon Tattoo Story

Okay. So first off. You don’t really need to watch the other films to get everything. This one’s its own thing.

So there’s this guy Balder (Stephen Merchant) who’s done made this MacGuffin that is REALLY bad news for EVERYONE. When I told the Crow about this thing, he got a bit pissed off ’cause his book (which he’s never going to be finished so it’s okay) has something pretty similar. He calmed down and called it dumb when I told him to shut up and kept going (and it IS dumb). Balder gets spooky-dookied out by what he’s made and tries to make everything right again by getting into business with the Wasp! (Claire Foy does an awesome job as Lisbet here).

The NSA (yeah… they’re in this) get their mitts in the pie and BOOM! Mr Get Out! (Lakeith Standfield)’s on Lisbet’s heely-heels. Toss in this girl Camilla (Sylvia Hoeks) and some upcoming international BOOM-BOOM for everyone to worry over (she’s the second best person here). Aaand… PLOT!

Lisbet’s intro (NOT the intro to the film) is pretty rad. But it shows up the first problem this film has (it gets a LOT worse after starting out all cool). Is Lisbet supposed to be Rorschach now? Or is she Jesus Christ… it’s Jason Bourne? Oh right. She’s BATMAN! (I’ll get to this in a mo). And y’know what? I liked Mr Get Out’s character. He was pretty cool. He’s the guy who gets the most change in the story and that sets him up as the best WRITTEN character in the film when it comes to writing and such.

Mikael (Sverrir! Gudnason)’s back. And he’s… there. I mean even though I said Daniel Craig was kinda there in the Fincher film, I don’t really know WHY THE £$%#! he had to be in this one. He’s just there ’cause he has to be there I guess. And HOLY OVARIES!… WHY does he look so young?! I thought he was supposed to be like thirty or something years older. It’s even something important in the story. He looks like my age or something in this one.

Here’s the thing. All that I wrote up there? That was pretty much ALL the good I had to say. I’m just going to skim the rest over before I go FULL Magpie-chatter mode because of how much this film mugged me off.

The intro is CRINGE. I’m just leaving that right there. I’m not wasting any more time on it. Let’s move on!

EVERYONE in this film gets to be an idiot. Lisbet (LISBET!) gets haXX0red in like a minute, gets drugged-up and just does random drugs that fix EVERYTHING (…?). She haXX0rs cars (CARS!) and ends up picking the DUMBEST one because REASONS. But the BIGGEST IDIOT AWARD goes to the Americans who just get to be the dumbest dumb#$*%s EVER.

Lisbet never really gets into trouble. Like with the drugs… she got some THICC plot armour in this one. And EVERYTHING she does is perfect(!). Magpies… I hate that kinda thing. She’s not the scrappy haXX0ring, detectiving, ass-kicking chick I liked from the other films and the book. She’s like a superhero or something.

And HOW did she go from detectiving to solving INTERNATIONAL BOOM-BOOM things?! Is that even on her level. I get that her powers are turned up to eleven, but holy crapola… she’s better than the Batman now! She used to be a person I liked because I knew where she was coming from and WHY she did what she did. Now, she’s the “bigSTRONG POWERFUL WOMAN“-person Hollywood thinks they have to shove into EVERY film they have to cover their pervy butthole faces or whatever they’re trying now.

Listen, Hollywood. Fuck your STRONG WOMAN CHARACTERS. Give us good ones ‘kay? You just took someone I could get behind and turned her into Jason Bourne lite with super haXX0r powers and a suit of plot armour. Fuck that shit. I liked her before she became WONDER WASP! (All we got is Wonder Woman, and these idiots are going to end up ruining her too, way things are going now. Just give them time).

It looks okay. It sounds okay. But it can’t cover up that it’s just plain shit. That’s all (FFS).

So yeah. Turning this into an action spy big-BOOM film was a terrible idea. I hate what they did with Lisbet (but Claire Foy was good!). The story’s dumb as a brick. It’s just a waste of time. 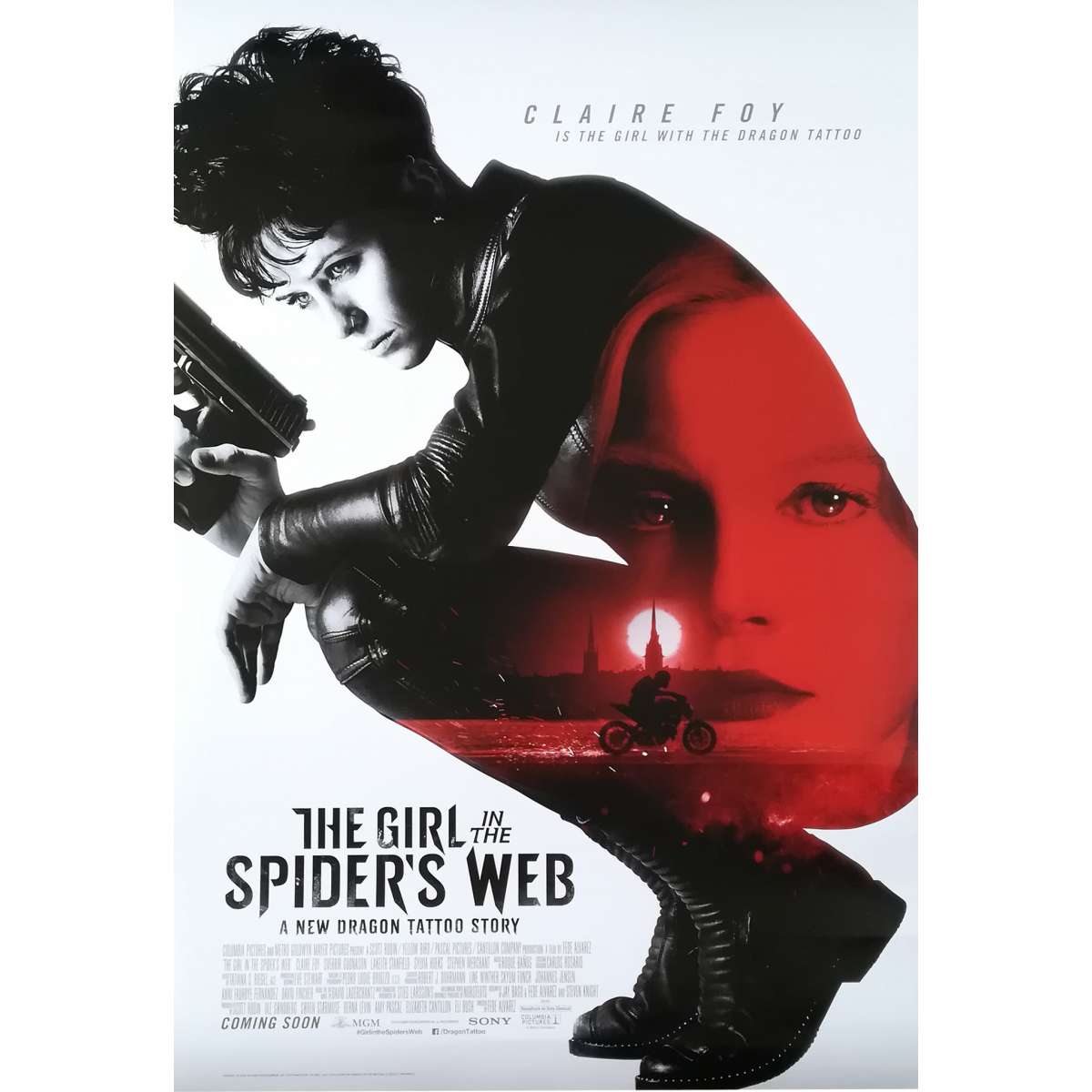