a review by the Scientist Supreme: the Azure-Winged Magpie!

Wait! Look! I can science, too!

I always liked Cube. But I kinda forgot about it after so long. It’s one of those films that just got stuck in the back of my head like “Yeah, that was a good one.”

In 2013 (I think), when the Crow finally showed me his (MASSIVE) film collection, I saw another film next to it. It was called Splice and had a picture of a creature looking at two people on the cover (look up). And so I knew it was right up my corridor. Because the muppet lists films by director, this was obvs a film by the same guy (Vincenzo Natali), and that got me all excited.
So I wanted to watch it pronto, but dopey didn’t because of something called “work” (Look! A new word!).

So I stole it. (I think I still have it, somewhere…)

And… I liked it. I think I even liked it better than Cube. SO… with Horror Month going SUPAA-POWAA(!) I think it’s a good film to watch again for a review while we figure out what’s going on with our review of Get Out (we’re having trouble, but we’ll get there!).

Note: I mean… can you believe that this is the EIGHTH review we’ve posted in a row? It’s the first time we’ve ever done so MANY back to back. We’ve been on a roll since reviewing Quake Champions way back Sunday before last. We’re beginning to really fire our review powers up these days…
And that’s a really good thing, going by the BIGHUGE plans we have for November and December (expect our second round of short story authors!).

So yeah. Let’s see what these folks have been splicing themselves into…

There’s this couple Clive (Adrien Brody) and Elsa (Sarah Polley), see? And what do they do? What do they do?! They’re scientists!

We have to wait a little bit until we find out what they’re up to (even though I guess the first scenes give that away…). AND LOOK WHO IT IS!!1 It’s David Hewlett (playing a mug named William Barlow)! Or as I like to call him: the “porn-guy” from Cube (He was also in The Shape of Water? wtf… WHERE?!)! And he takes them into like a shareholder/investor meeting or something so that they can TELL US ALL ABOUT IT!

So… what are they up to then?

They’re “famous” scientists who’re working on mixing up DNA from different animals, to create NEW ANIMALS… so that they can use them for fixing up sick people.
Noupe. Nothing out of the ordinary, y’know?
Jus’ business as usual… Just creating life it’s no biggie.

And what have they got to show for all their sciencey-wiencey work? Well, that’s in those first scenes, so let me skip back to that.

They’ve got these adorable little shits to show off:

So the big one’s called Fred (actor: magic) and the little un’s called Ginger (actor: magic too). And the moment they meet each other, they want to have each other’s babbies. Like so:

…just with no lips and ALL tongue (eww)

The point is that these proteins the two little shits have (and what their babbies will have) are going to fix ALL THESE DISEASES. And that’s what Elsa starts bullet-pointing into the meeting. She’s so up for these magic science fleshbags that she wants to move on to HUMAN DNA!

The bigwigs are all impressed and whatnot, aaand… they shut the whole damn thing down.

See, the suits at the company (called N.E.R.D. lol) are only interested in the genes that create the “magic proteins” and not in the squishy loveable little bundles of gammon. They throw away things about “regulators” and “politicians” and tell the couple that they’re plans are toast.
(I mean… okay, maaaybe human DNA is a bit of a touchy subject…).

And so, Elsa goes off on her own, dragging Clive with her, to do what they wanted to anyway. (Go girl!)
(No. Wait. Hang on a sec… What were you doing again…?!)

And they end up with… AKIDADEREOWN!

Project BETI/H-50 (actor: magic again) is a secret experiment in which they just go and shove human dee-en-eyh into their soup of liquefied animal bits and bobs. Clive’s all “NOOO!” and Elsa’s all “YASSS!”, but he goes ahead and helps her anyway. After a long night of science and wizard-shit, they finally get to one that works. And before they put the project on ice, Elsa goes and incubates the batch (or whatever they call it).

In the beginning, she’s like a little puppy and whatnot. But she grows up into a little girl in like a week or something and starts treating Elsa like her mum.

The little girl’s growing so quick, that she ain’t got long to live. And Elsa convinces Clive to let her live so that they can observe and record the creature’s whole lifespan. Sounds about right, I guess.

When Elsa reads the name of the company on Elsa’s shirt, Elsa renames H-50 “ꓷꓤƎN”/Dren (Abigail Chu as a kid and Delphine Chanéac as a grown up) and kinda starts becoming her mum, sorta.

But because Dren’s getting all antsy in the lab, and the bigwigs are starting to catch on, Clive and Elsa decide to move Dren to this barnyard in the middle of nowhere so that she’s going to be safe and observed and out of reach of the bigwigs and everything.

And they live HAPPILY EVER AFTER!

What a sweet ending!

First up: the CGI’s a bit dodgy in some parts of the film. It looks great in general, but at some times (Dren’s puppy-dog stage), it looks like the actors are walking around in front of a screen that’s showing a PS3 game. It’s probably a good thing that the… “domestic“ between Fred and Ginger was kept out of sight so much. Even though I’m pretty sure some bits of the two love-bags was practical at some point, they’re mostly CGI creations. And little puppy-Dren just plain looks hilarious for a good chunk of the film.

That’s not much to complain about though, since the film looks pretty sweet. Dren’s grown-up stage is all kinds of awesome when you think about the effects and such.

But before we get to that, let’s talk about the ACTING!

Adrien Brody does his usual thing. I don’t think the dude’s ever been bad in anything. Sarah Polley’s new to me. I’ve not seen her in anything before this, or after this, but hot-damn is she good. She does the best job out of all the people in the film by a mountain mile. She gets the most scenes with puppy-Dren, and she handles them like a champ. tl;dr: She good.

Dren’s… alright. I mean, the actress does a really good job of playing the creature, but there’s not a lot to write about. She’s cute and creepy and scary. It sounds like the kinda thing I should be able to go on about, but I really don’t have that much to say.

But yeah, when we get to her “effects” and the way she’s designed, it’s all pretty rad. I really like the wings and how it ended up being part of her creepiness. And damn did they know how to work that stinger! The cat was a nice add-on to the story as well. I really liked that little storyline (even though the ending made me sadface). And now that I’ve brought THAT up… 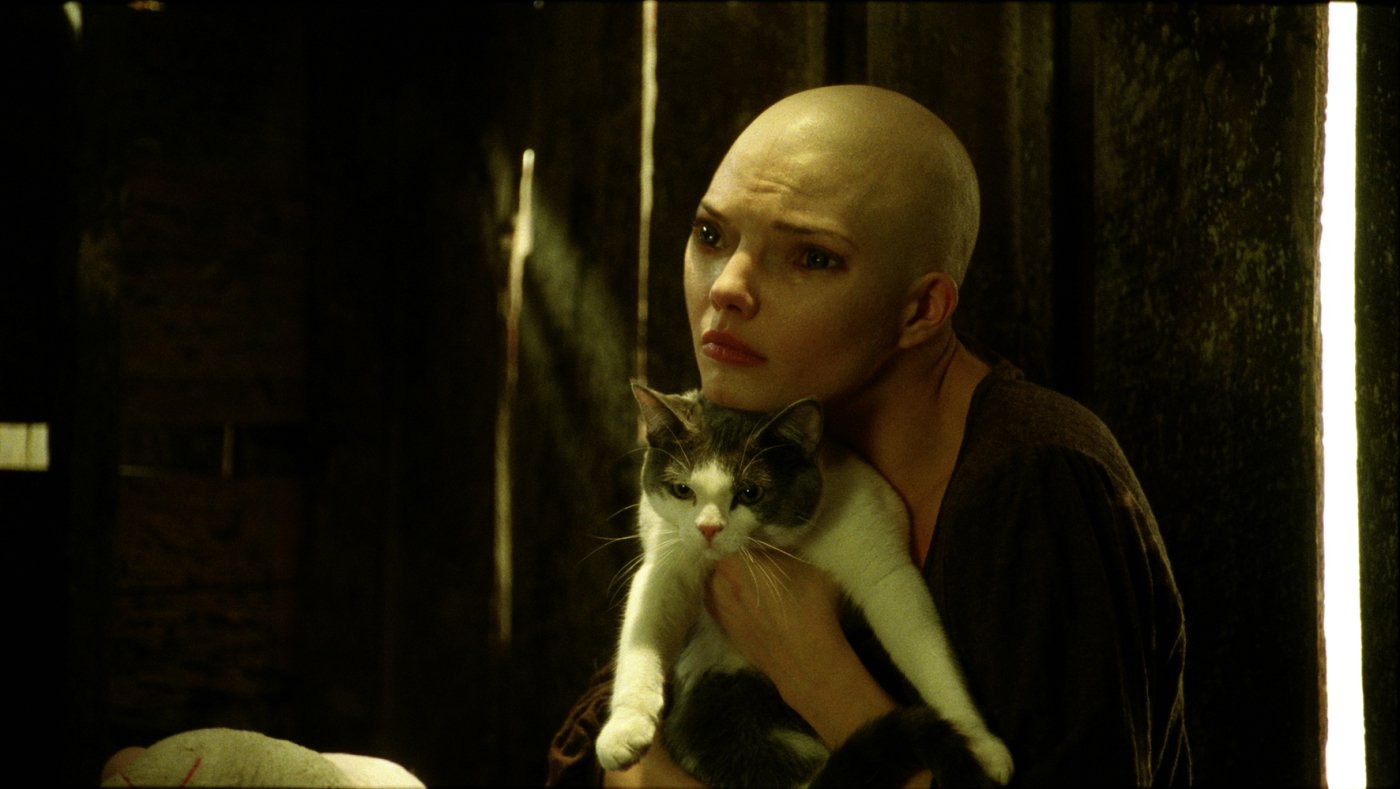 What I liked about this one’s story is how it’s a story of growing up, parenting, and the problems that come from having annoying hormonal kids to deal with all the time all boiled into ONE.
And I haven’t even mentioned the rest of the horror film stuff that happens. I mean… that shit’s bad enough.

So, what happens to Freddie and Gingersnaps kinda sets up the rest of what’s going to happen, and the film STILL kinda sneaks up on you and surprises you with a LOT of it. The film doesn’t really go into FULL HORROR MODE until like the last half hour, and when it does (the actual horror bits are actually kinda short), hoo boy! It hits HARD!

This one’s really more of a sci-fi film than a horror film, but it’s got a good enough helping of horror in it to become one of our horror specials. But even with all that going on, it’s still really a story about growing up and parenting and things. I don’t really get where Clive’s coming from during some parts of the film (especially after the film starts going into full horror mode), but whatever he does (or happens to him) just makes the story so much more awesome as the film goes on. Elsa, I get, but she’s not really the nicest person in the world either. I think that’s kinda why I liked her so much.

Dren’s a whole buncha hormones gone TOTAL bonkers and that’s really what gets (and keeps) the story going. And even though I’ve been talking about how the story’s about kids and stuff like that, the story’s also about fucking around with nature. But here’s the thing: the film never says that fucking around with nature has to be a bad thing. It says that fucking around with nature like a buncha hormonal teenagers is a bad thing. Elsa just does shit because she can, and even though Clive ends up being right most of the time he’s too much of a wimp to actually do shit about her fuckery. If Elsa had planned things out and not just gone with what her gut lol wanted, this whole thing would’ve turned out a lot better. The proof of this theory I’ve got is in the pudding Freddit and Gingersnaps make out of each other.

So yeah: this is a really good story. It’s a good sci-fi film, and it’s a great horror film, even though there’s so little horror in it.

I think Splice is one of my favourite films from 2009 (what else even came out that year…? Right! District 9!). I think it’s really underrated, and I wish more people had seen it. Sure, it doesn’t look like the kinda film that’s going to be thought of as “deep“ and “important“ but it’s totally both of those things.

And it’s arsty as well.

A funny thing is that The Shape of Water (which I loved) won the Best Picture Award at the Oscars earlier this year. Del Toro was a producer on Splice, and I kinda think Splice and The Shape of Water would fit each other really well on a double-feature. You could say they share a sorta… DNAcough! …

Imma go ahead and give this one the good ol’ Magpie Stamp of RecommendationTM. Go watch it if you haven’t seen (or heard of) it. It’s good and more people need to watch it.

And before I forget… I was in the middle of an experiment when I sat down to write this.

Watch me science, you lot! 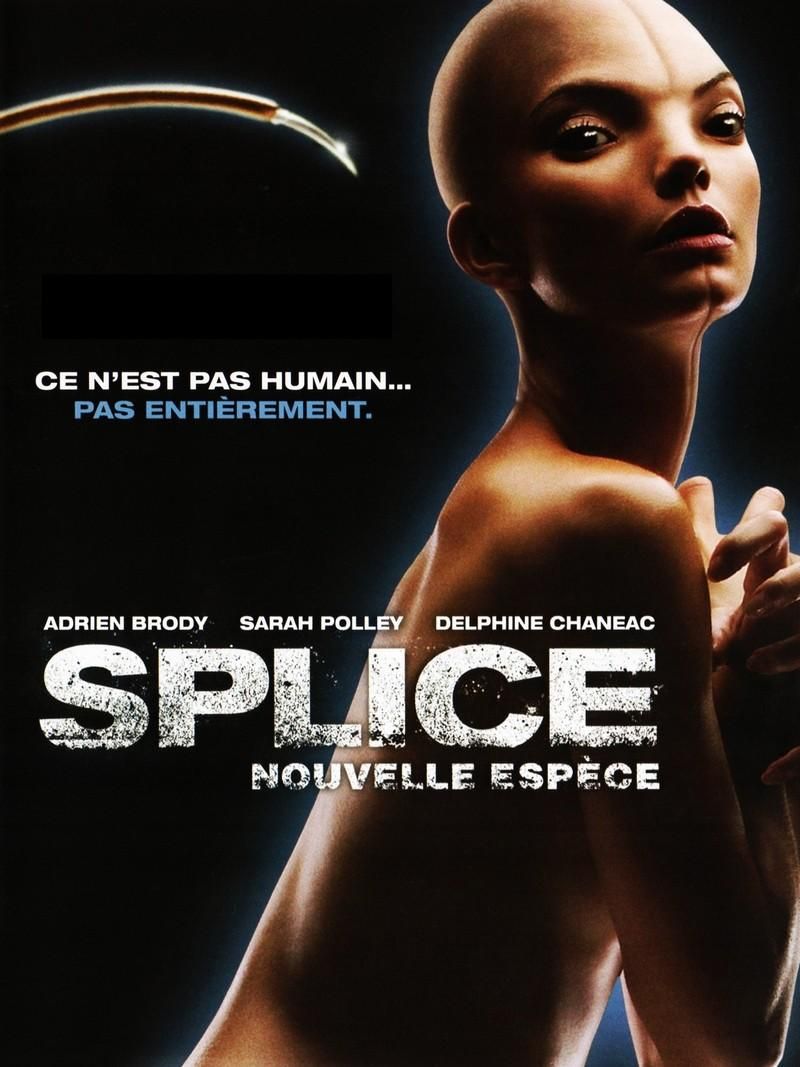