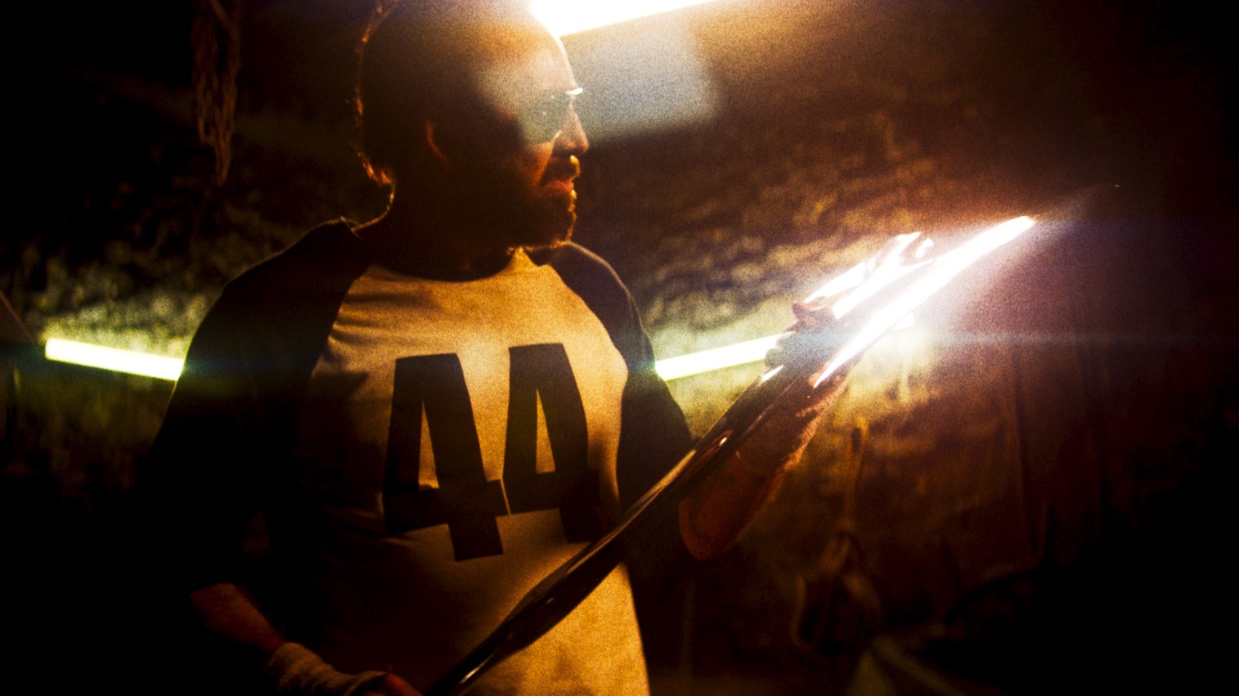 I’d first heard of Mandy earlier in the year, mostly thanks to its media campaign. All I knew about it at the time was that it was a movie in which Nicholas Cage was “let off the hook”. And that is all it takes to sell me on a movie, to be honest.

I — like many others — am a fan of Nicholas Cage’s more… quality work, be it our one true god asking how something “got burrd”, or laughing maniacally whilst overlaid flames “magically” appear on his head, among many other examples.

So, of course, Mandy became an entry in our weekend horror movie marathon. But I can’t say I had any real expectations of the movie.

But what did I think about it now that I’ve seen it? Well, let me tell you:

Jesus Freaks and The “Normal” People

The first thing one notices about Mandy is the heavy rock and roll backdrop of the movie. As a “recovering metalhead”, I find the deep undertones of King Crimson that the movie opens to quite comforting. There is even a quote to open the movie from one Douglas Roberts — convicted of kidnapping, robbery and murder in Texas and executed on April 20, 2005.

We meet Red (Nicholas Cage), a lumberjack who lives a quiet life in an out-of-the-way town, by the Shadow Mountains, with his artist girlfriend Mandy (Andrea Riseborough). The first sixth of the movie is spent getting to know them, as we discover bits and pieces of their life. 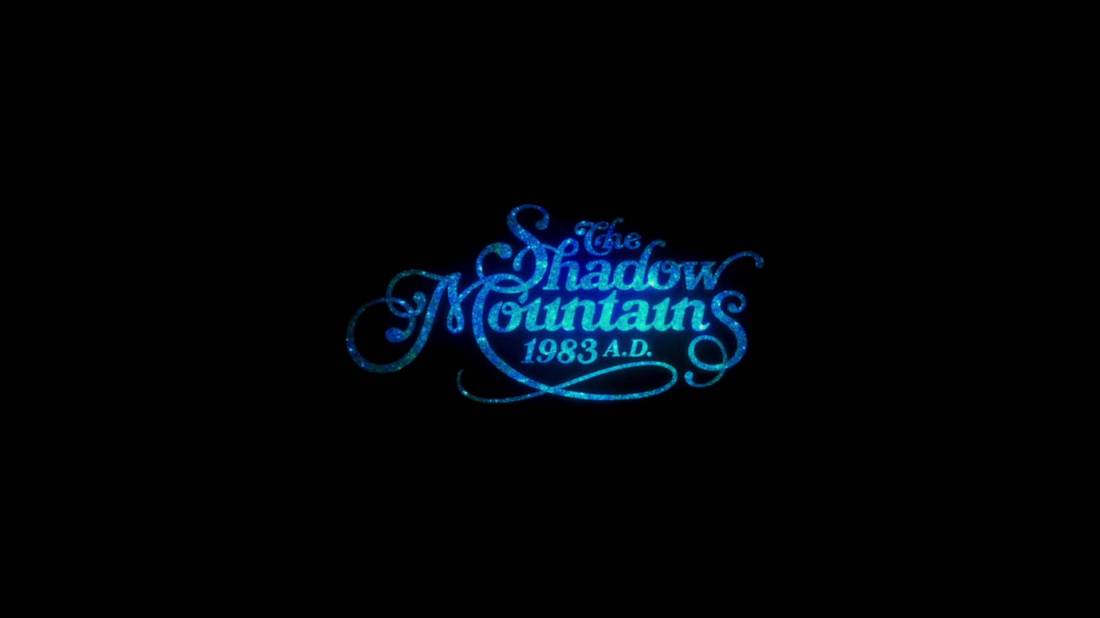 Red appears to be a recovering abuser of substances (a fact confirmed later in the movie). And Mandy — on the other hand — is still-recovering from a severely-troubled childhood. We spend time with the couple as Mandy relates story after story about what happened to her in the past to Red, and these little “bedtime stories” make for nice, short character studies. The appropriateness of Andrea Riseborough’s casting becomes clear in these scenes, since these moments seem to be well into her comfort-zone.

And then: outsiders come into town. These outsiders are members of the Children of the New Dawn — a religious cult spearheaded by Jeremiah Sand (Linus Roache). And almost immediately, NAME takes a liking to Mandy, after seeing her on the street.

After some tossing and turning over his attraction to her, Sand has his men recruit a local gang — composed of a group of Hellraiser-styled, sadomasochistic bikers (whose voices are modulated and who seem very inhuman throughout the movie) — in a bid to have Mandy brought to him. And there we have it: the central conflict.

What follows is your standard “revenge”-movie, with Nicholas Cage on full-tilt. The movie throws a sizeable selection of action sequences in — all chained one to the other in a succession of set pieces that run on until the end end of the movie.

Stylistic without apology, Mandy is a visual treat from start to finish. The team behind the visual effects seem fond of using mist and grain — along with bold primary colours — to bring life to the images on screen. And that’s something I’m personally quite happy with.

I would like to point out a specific sequence involving someone under the influence of LSD (as well as a second, unknown substance) as a feather in the movie’s stylistic cap. The entire sequence is handled in fashion by the team, and leads up to the first major turning point of the narrative simply through visual storytelling. It’s the moments like this — scattered throughout the movie — that earn Mandy a special place amongst other works of its ilk.

And is the score — helmed by the late Jóhann Jóhannsson — ever perfect for the happenings on the screen. 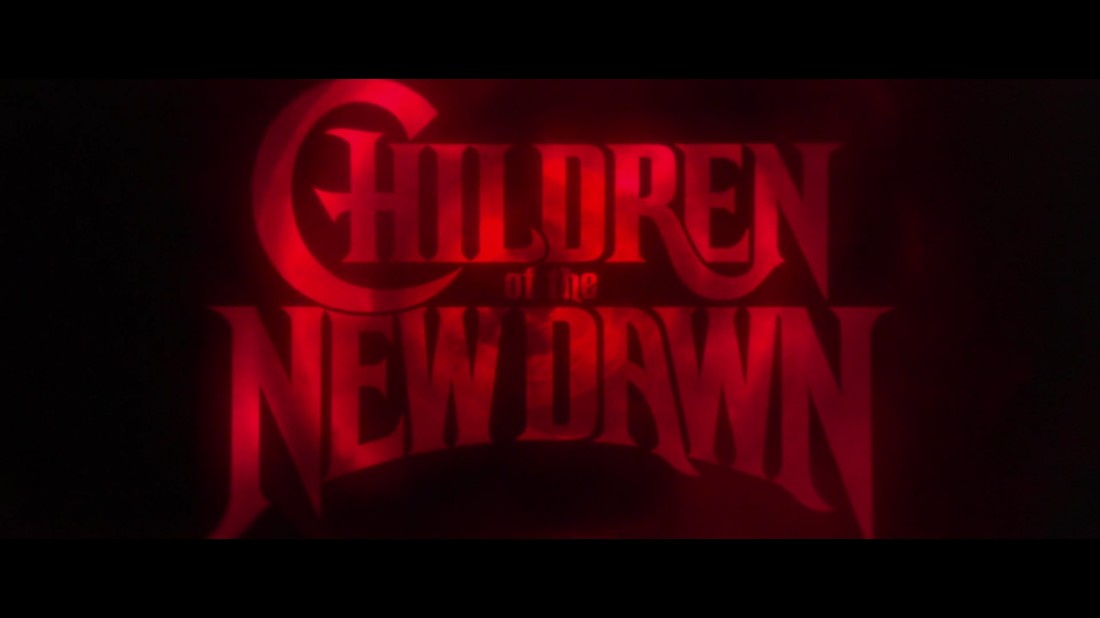 But at the end of the day, there’s little to Mandy. It’s by all means a fine movie, and it certainly manages to capture the viewer’s attention, but it’s very plain. That in itself is not a bad thing. There are movies which can be plain and be solid works of art, but it’s something that doesn’t work to elevate Mandy to any level above: “It was alright.”

The best moments of the movie exist in the lead-up to the “invasion”, and the movie only starts creeping downhill from there. It never hits rock bottom, but it never shows any signs of swinging upwards again. If this was one of Vonnegut’s graphs, it would look like this: 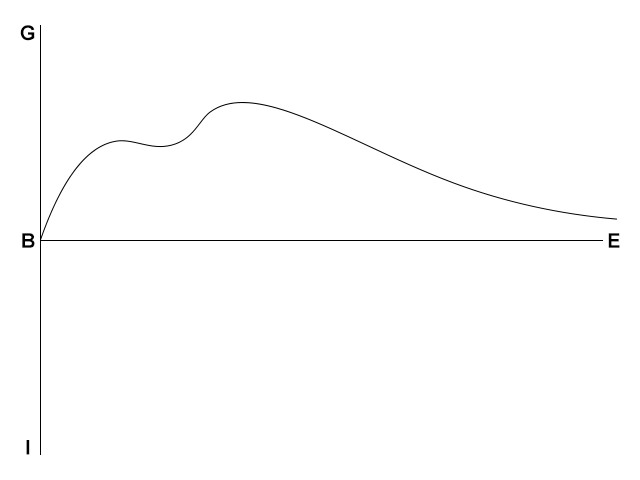 Nicholas Cage is — well — Nicholas Cage. And while his over-the-top performances might make for comedy gold (unintentional or not alike), here, it’s just more of the same. There is a very specific scene involving a dramatic zoom inwards onto Cage’s face, in which he has achieved full-ham level, which is almost a parody of the entire movie in one scene. And it felt very out of place. I’m not entirely sure if it was the best choice to take, just as I’m not sure if these shades of self-parody work in the context of the movie.

The scene in the bathroom, though? That’s fine by all means. 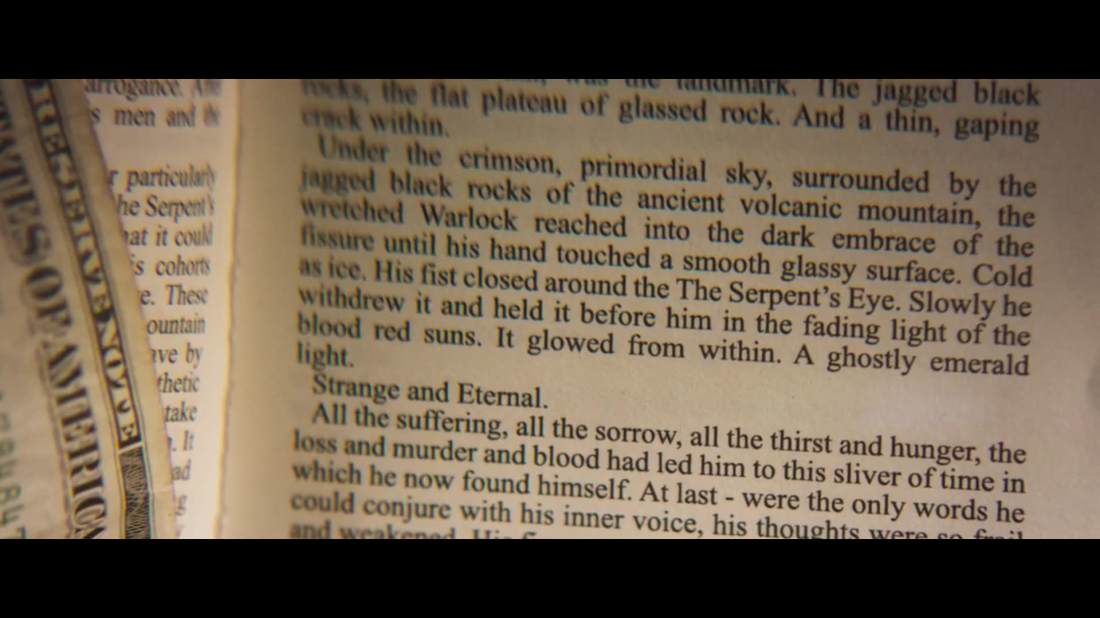 And just before I close out this section, I have to talk about the final scene of the movie. What, exactly, was that there for?

There is a typical-looking fantasy novel that the titular character is reading during the first half an hour that informs much of the visual language of the movie. Of course, the final scene is definitely a call-back to it; but without more knowledge of the novel, I can’t speak to how well it works.

I don’t think I’ve missed any thematic or narrative clues in the movie as it is, but that last shot does have me curious to give the movie another watch just to see if I might’ve missed something. Perhaps there might be something going on that could point to a deeper “layer” to the movie; but as it stands, I didn’t spot any on my first watch-through of the movie.

The way the final shot is framed is similar to some sequences from earlier in the movie, and the only thing I can surmise is that it might point to a “break from reality” for Red, or perhaps that it is a final triumph over “the Warlock”. But that’s all. I don’t think that by itself really makes a difference to how I’m going to score Mandy, if that is indeed what is going on.

Update: Never mind about the book. Seeker of The Serpent’s Eye is not a real novel.

Ultimately, Mandy doesn’t tick all the boxes for me. It ticks quite a few, of course, but it fails to tick the ones that would push me to score it as a significant movie.

It’s a visual treat, and showcases some entertaining action sequences. It has a cast of strange characters (and this is a movie in which they threw Nicholas Cage’s leash far, far away), and some decent character moments. Riseborough is in fine form, as is Roache, and the members of the biker gang are… interesting. If not for the solid art direction and the excellent visual syles employed in the movie, there would be little left to remember about Mandy.

Like Baskin (which we watched just before moving on to Mandy), there is a lot to see, but little to take in. However, unlike Baskin, Mandy answers all of its questions and presents them to us in a neat little box with a bow on top — leaving us nothing to hang on to once it’s all said and done. And yet, I still like Mandy more (if only by a little). It’s a much more complete movie, and I feel it’s a much stronger movie. A few (and I stress: a few) of the choices may not have sat well with me, but I can look past them.

I’d recommend it to those who want a visual feast, but to the average movie-goer, I wouldn’t recommend it as strongly. It’s a decent watch, but that’s about it. It’s certainly a few notches over the likes of Green Room (which, in hindsight, I think I might knock down if I scored it higher than a 3.5) but it won’t be remembered for anything but it’s art direction, I’m afraid.

Still a solid outing for director Panos Cosmatos, and a feather in his cap. I’m certainly interested to see where he goes from here. Maybe if knowledge of the novel changes my view of how well the visual cues of the movie works, I might revisit this movie in a future analysis. 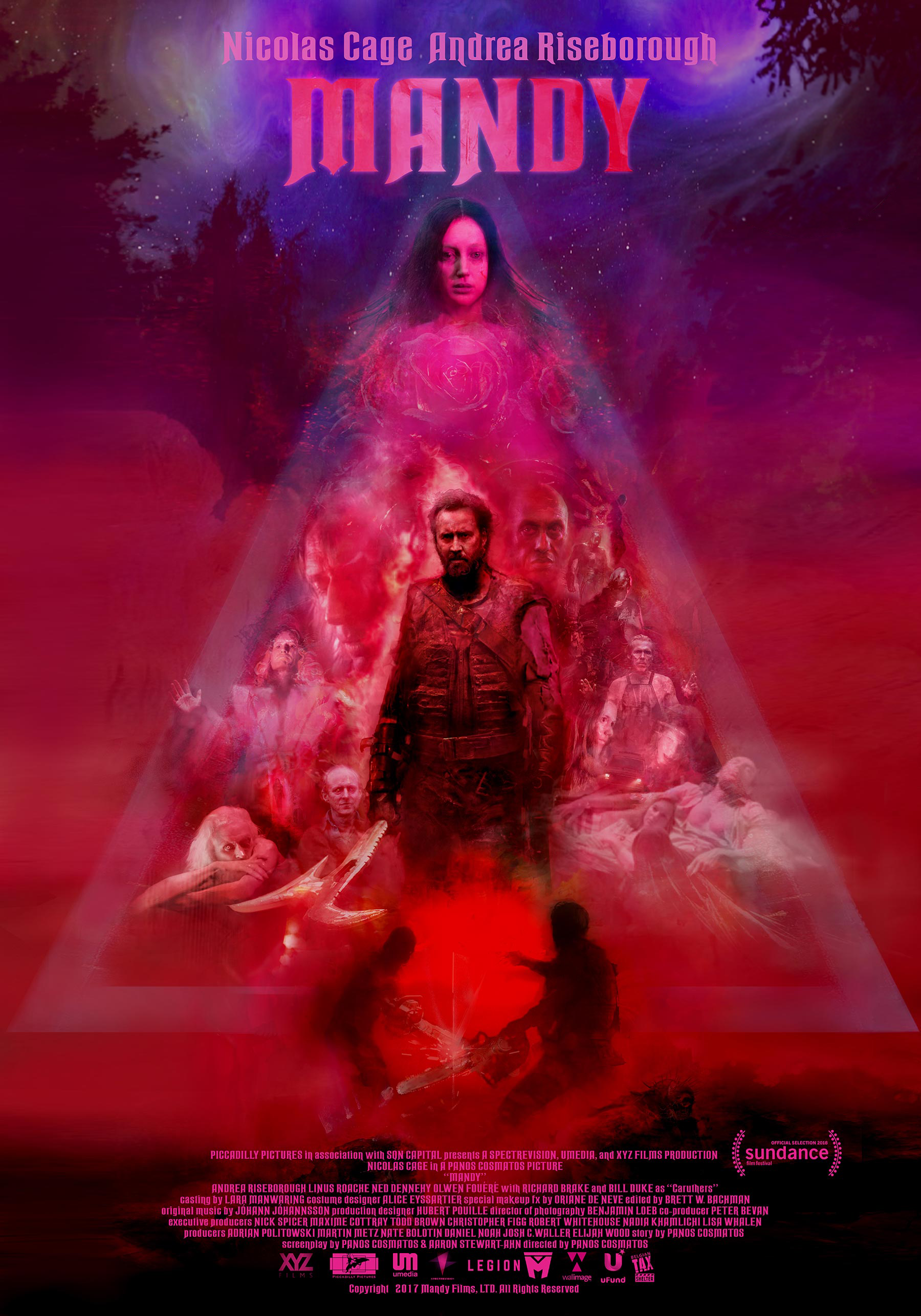