a review by the Crow Just like the Batman (and other things) Star Trek was a big part of my life growing up. The only series I watched to any real effect, however, is The Next Generation (TNG). The rest of the franchise, I’ve only ever seen an episode or two of here and there.

That said, I have a decent knowledge of the franchise and how the things in it fit together. So let’s not wait around for the Ferengi to come home. Ensign! Disengage the inertial dampeners, and fire up the impulse drives. We’re about to go to warp. 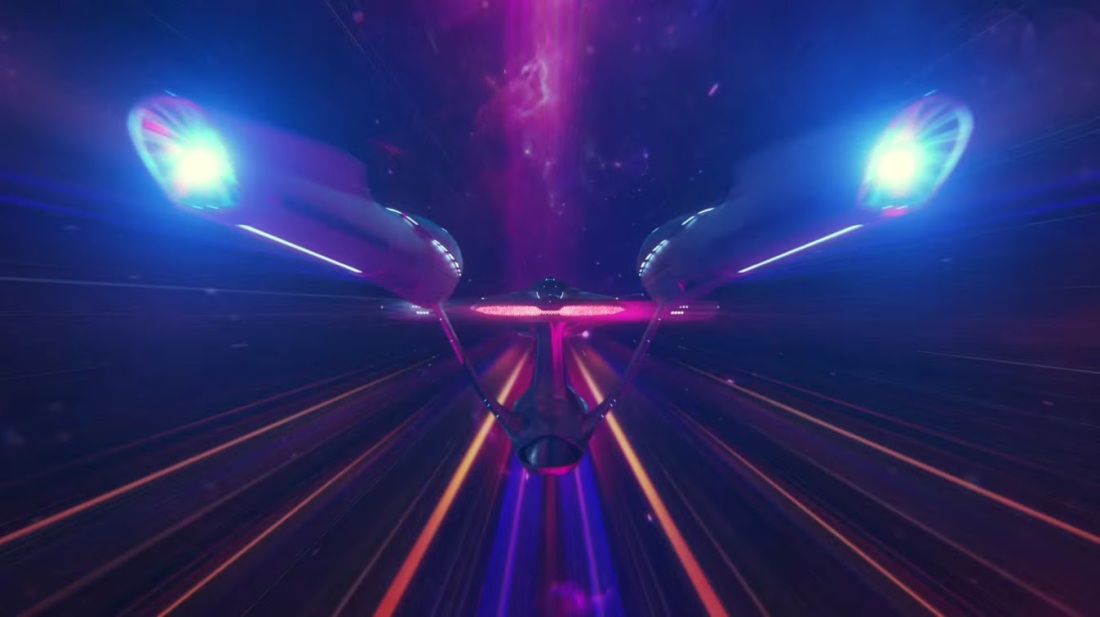 Note: This review does not account for parts of Star Trek Into Darkness – that will be dealt with in a separate post.

Star Trek Beyond is directed by series newcomer Justin Lin – a director whose work I haven’t seen before but one I’m quite aware of – and is written by Simon Pegg and Doug Jung.

It’s the third instalment in the alternate-timeline Star Trek series (“nu-Trek”), and the thirteenth overall. It comes off the back of perhaps the worst movie in the franchise. And boy, did it have a lot to make up for.

The movie opens with a pretty typical sequence as far as “nu-Trek” goes. Kirk has a rather strange standoff with some pretty antsy – and eventually violent – aliens. Things go tits-up, and Kirk is whisked back to the Enterprise, from where we cut to…

Our characters have just crossed the mid-way point of the Enterprise’s five-year mission exploring space (966 days in, when we begin. Get it? Get it?!). We get a quick look at the crew and how they’re dealing with being locked away for so long, and we’re thereafter thrust into a scene which shows us how jaded Kirk himself has become. 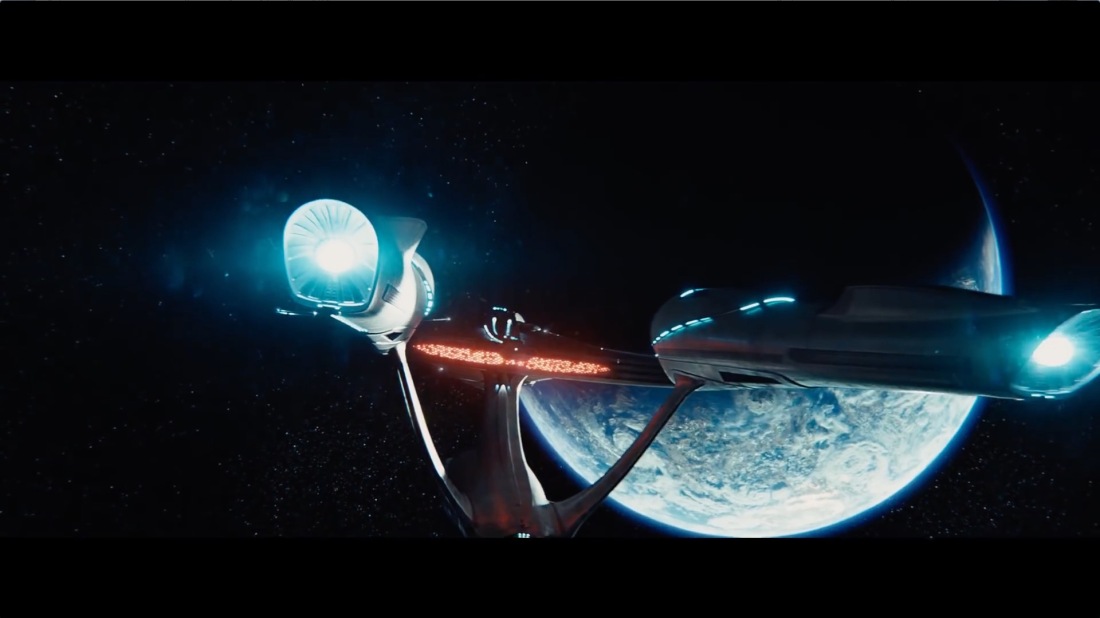 His upcoming birthday will put him at the age his father was when he died (or was it that he’ll be a year older than his father?), which makes him very sad. So sad, that he’s put in an application for a Vice Admiral’s position and intends to leave the Enterprise.

The other major characters are going through their own crises as well. Spock and Uhura’s relationship is on the rocks, with Spock wanting to go to new Vulcan to make Vulcan babies following the events of 2009’s Star Trek and generally being a mopey git (well, as much as he can be). Sulu’s being a tiny bit homesick. Bones is being his usual blunt shoulder for Kirk to lean on. And to cap it all off, Chekov (taken so soon) gets rejected by this movie’s “green lady”.

The Enterprise docks at the Yorktown – a great big space settlement where Sulu’s partner and daughter live. Seeing them immediately fixes Sulu’s face and he heads off with them. Some dignitaries from Vulcan meet with Spock and tell him that Spock Prime (the late, great Leonard Nimoy) has died. It’s quite a touching notion that we revisit later in the movie. It’s a true shame that there was no time to add in the untimely passing of Anton Yelchin.

A distress call sees the Enterprise called into action and before you know it… the Enterprise is not really in one piece. Characters are separated, Uhura and Sulu are captured by the villainous Krall, and Kirk watches his beloved ship (who he loves as a woman heh) crash into the planet they’re by.

All but Scotty end up paired into small groups, and it makes for some great character moments. Individual stories build up while the characters are scattered around, and the movie lingers on these stories for just the right amount of time before moving on. My favourite pairing by far is McCoy and Spock. These two have some great interpersonal banter, and McCoy finds himself the confidant to both Spock and Kirk in regards to their desires to leave their current positions, which is nice, considering the relationship they’ve had so far. 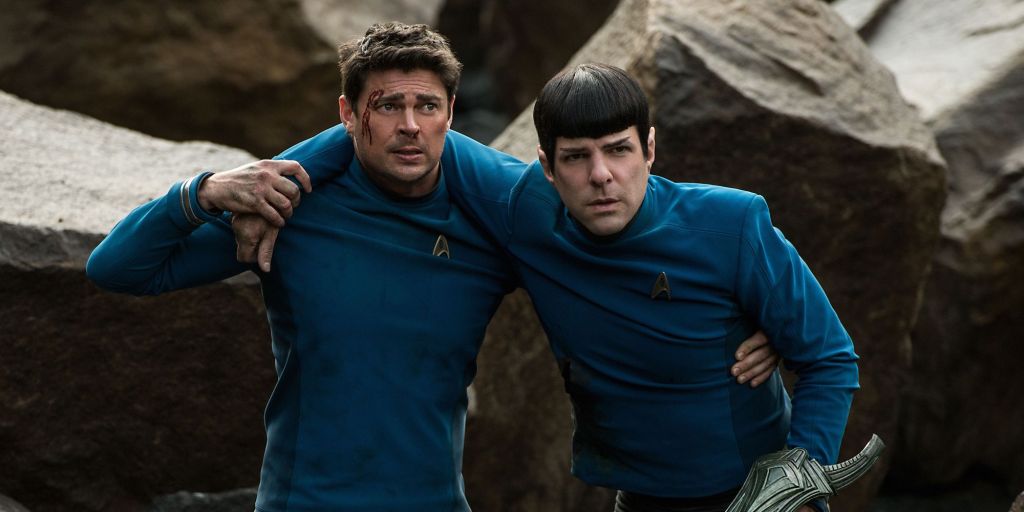 Apart from the time we spend with them, Kirk and Chekov do hero stuff; Uhura engages in conversations with Krall (what a show-off); and Scotty meets up with Jaylah.

Let me be blunt. Jaylah is the best new character introduced in “nu-Trek” so far. With Chekov not returning for future sequels, I can very well see her taking up a continuing role in the following movies.

Krall, in my opinion, is quite a stock villain. His motivations are valid, to a certain degree, but on the whole, he’s nothing spectacular. In light of that, I’m not so sure about wasting Idris Elba in the role. The man does a stellar job, but honestly, I wouldn’t have minded if some stuntman had just taken the role.

The McGuffin weapon Krall intends to use is pretty straightforward, although I’d have liked a bit more exposition into its background and how Krall finds out it’s on the Enterprise.

Overall, the story’s solid. Perhaps not a spectacle, perhaps not fit for a movie with this sort of budget, but a damn fine one nonetheless. It’s more of an extended episode, in all fairness. After the disaster that was the last film, it’s good that they played it safe. 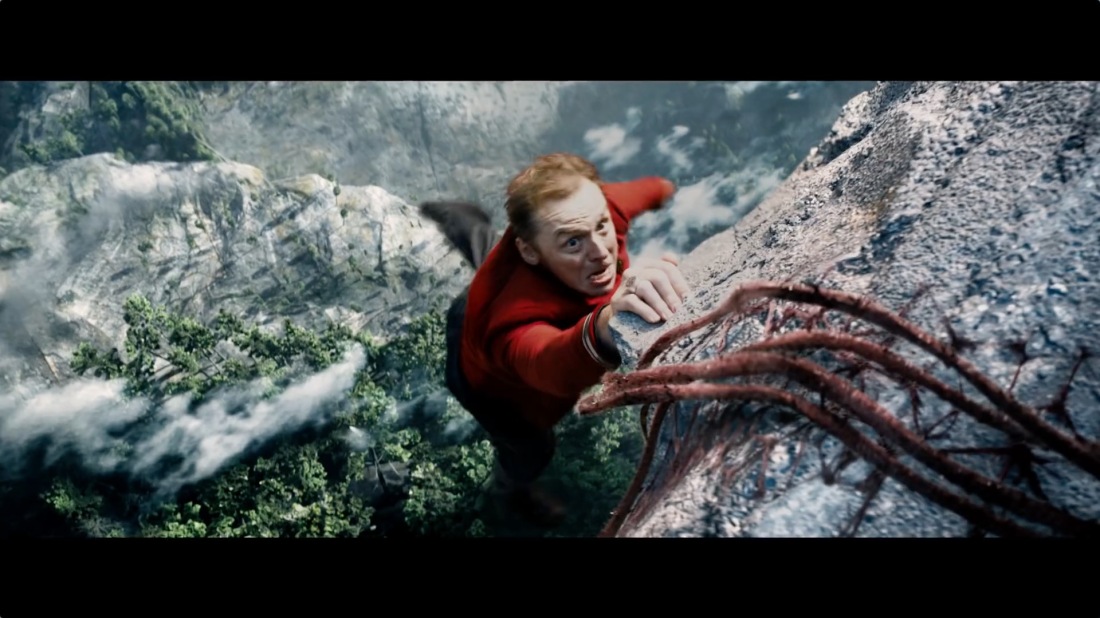 So, as far as the execution of the movie goes, Star Trek Beyond is solid. It’s a decent-looking movie with decent action sequences and some pretty stellar vistas for what is generally quite a drab franchise. I like how “nu-Trek” manages to breathe colour back in to the series following the TV serials from The Next Generation onwards. I quite like the aesthetics of the old shows, but it’s nice to have fun once in a while, wouldn’t you agree?

The space battles are slightly harder to follow, considering the nature of the enemy “ships”, but that’s no real problem. Once something important happens, we get to see it, and that’s all I really need to ask for.

Pegg and Jung’s writing borders on excellent, and the humour is refreshing. I’d like to see this team-up penning Star Trek movies for years to come, provided they have decent ideas for the core plot.

There is no doubting why this movie was played safe. It had to make up for a lot of lost ground. I’m happy that they completely ignored the two “franchise-breaking” plot McGuffins that were introduced in Into Darkness and re-introduced the idea that our characters do need ships, and that they can, as a matter of fact, die.

To add to what’s changed since the last outing, I must say that some of the characters (one in particular) have finally grown up, which is a nice change from the dinky caricatures that they have on occasion been in prior movies.

One slight issue I have with the movie is to do with the “bike”. Okay, fine, a future-bike might very well be handwaved away as able to still go despite being dormant for so long, and the sequence it’s used in is quite cool and all, but the effects used seemed a little loose, and sometimes even flat unrealistic. Minor issue, but I had to point it out.

Another little tiff I have with the movie is how the marketing department (yep, those numpties again) spoiled a plot twist about 48 hours before the movie’s actual release. Someone really needs to slap these tossers upside their heads. 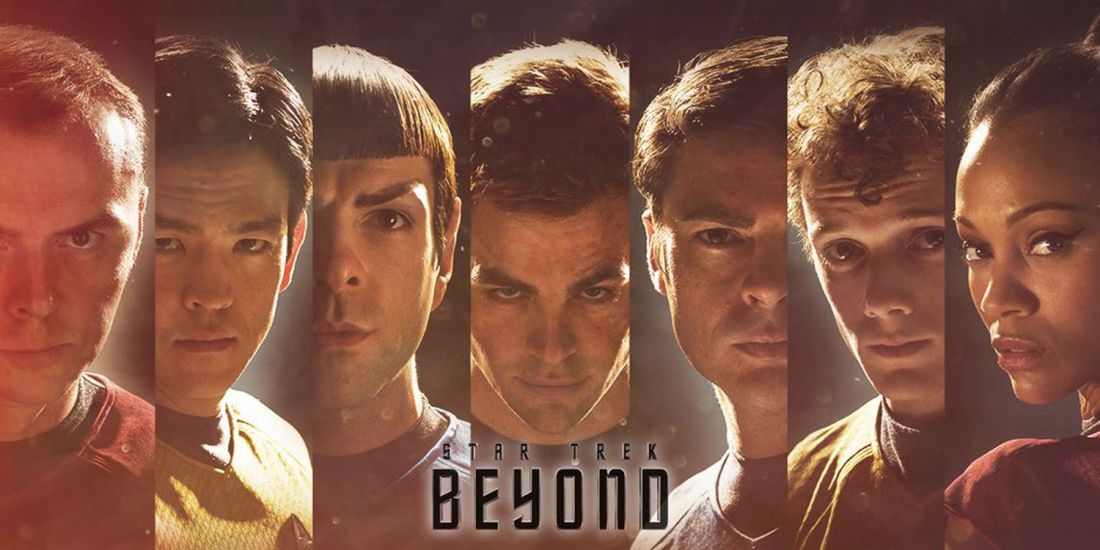 Kirk finally comes of age. At long last can I say that Chris Pine has filled the boots of the character. Just the one little problem: he’s got no ham on Shatner.

Spock is pulled off adequately well, and manages to slip into the humour with ease, as a matter of fact. Quinto’s done a good job succeeding Leonard Nimoy. Not really much else to say about him at this point.

Simon Pegg shines bright as Scotty. It’s nice to see the character being given a bit of freedom to run around and do things.

Urban does a good job as McCoy. Pretty standard stuff from him. He’s been pretty much the only consistently mature character on the crew thus far.

Saldana does a pretty good job. Some of her sequences with Krall made me wonder why Krall was so interested in divulging so much information to her, but that takes nothing away from her performance. Decent outing.

Sulu, unfortunately, has very little effective screentime. Even though George Takei finds it unfortunate that Sulu’s character being gay is “out of step” with what Roddenberry would’ve wanted, I thought it was a nice touch to add to the character nonetheless. Shame, that we only got to see so much of Sulu.

Another character who probably could’ve done with a little more screentime. Don’t get me wrong, Chekov is certainly a great addition to the movie and pulls his weight, but his character barely gets anywhere. RIP, Anton Yelchin.

Like I’ve said before, Jaylah is a strong addition to the case, and Yelchin’s untimely passing could very well see her return in a more continuing role in future movies. She’s here to kick butt and chew bubblegum, but I highly doubt she knows what bubblegum is.

I don’t see the point of having an actor like Idris Elba, only to cover him in masks and makeup for 98% of his screentime. His character was spoiled by the marketing, but the twist isn’t such a big deal for me. He’s a decent villain, but I’d have liked something a bit more.

The movie manages to pay tribute to the original series, and provide us with a promise that the franchise hasn’t completely lost the plot. If after two movies, one mediocre and one disastrous, Star Trek can get its head above the water, I think we’re in for a decent run of movies.

It’s another “big dumb action movie”, very contradictory to what fans of the show would expect, but that’s just the direction the franchise has gone in to appeal to today’s crowd. I could watch Picard debate the drying of paint on walls for hours with Data, and I would love ideological jousting in corridors, but we can’t quite have that on the big screen in any form that makes money.

All that said, it’s hard not to grin ear to ear as the Franklin surfs the waves of enemy drone ships while blasting the Beastie Boys’ Sabotage, or to watch jaw-gaped as Krall and Kirk batter each other about while caught in spiralling channels of gravity. It’s a really, really fun movie. It’s not the quite Star Trek smart, but it’s certainly worthy of it’s place in the franchise’s lore.

Of course, as films in this franchise go, the next one could very well be utter shit, but hey.